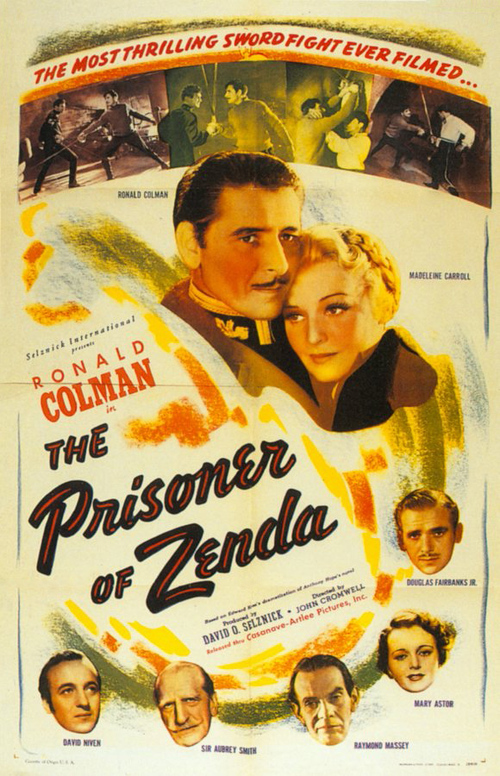 The Prisoner of Zenda

On vacation in Ruritania, dashing English gentleman Rudolph Rassendyl (Colman) meets and befriends the future King Rudolf V, a distant cousin of whom he is the spitting image. When Rudolf's evil brother Prince Michael (Massey) arranges to drug the crown prince the night before his coronation, Rassendyl is asked by palace ministers to impersonate the king, and the commoner reluctantly agrees out of patriotism. Little does he realize all that's in store for him, including a romance with the radiant Princess Flavia (Carroll), the high-born fiancée of the comatose monarch.

This classic, swashbuckling tale of romance and intrigue is a sterling example of what Hollywood's Golden Age could produce at its zenith. David O. Selznick's production features a roster of excellent actors (including a young David Niven), exquisite costuming and set design, and an intriguing storyline about a dastardly plot against a future king. Colman's climactic sword battle with Fairbanks is a particular highlight. If you enjoy spirited feats of derring-do, make "Zenda" your prisoner.

The Private Life of Henry VIII