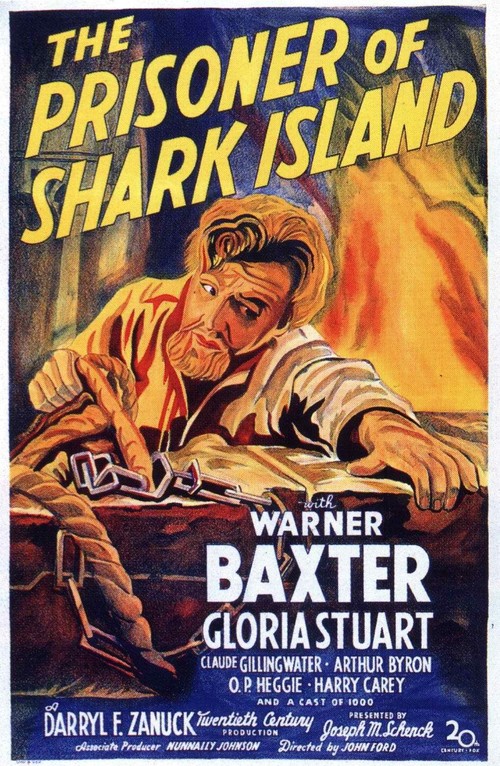 The Prisoner of Shark Island

Convicted of conspiracy in the assassination of President Abraham Lincoln, innocent Southern doctor Samuel Mudd (Baxter) is shipped to a remote prison colony off the Florida keys to serve a life sentence. Despised by sadistic Sgt. Rankin (Carradine), Mudd endures humiliation at the hands of his captors while his wife Peggy (Stuart) lobbies for his release. But it will take a deadly outbreak of yellow fever for Mudd to restore dignity to his name.

We all know the expression "His name is mud." And with this finely wrought, often suspenseful prison drama, iconic director John Ford tipped his hat to the unfortunate, true-life namesake of that old coinage. As Mudd, Baxter earns our sympathy, playing a genteel man denounced for unknowingly helping the injured John Wilkes Booth make his getaway, while Carradine glowers as the Shark Island turnkey with a cruel streak. Blending fact and fiction as he would again in the 1939 biopic "Young Mr. Lincoln," Ford's "Prisoner" is a fitting tribute to an unlikely hero.

The Prisoner of Zenda