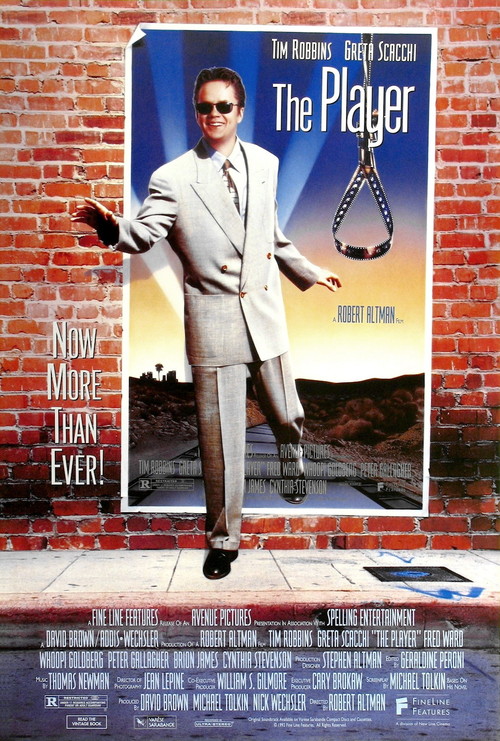 Studio executive Griffin Mill (Robbins) has a comfortable, if hectic, life as a Hollywood greenlighter, listening to pitches for bad sequels and misbegotten action flicks while schmoozing with a who's who of silver-screen luminaries. Mill's cushy life begins to unravel, however, when he starts receiving anonymous death threats via postcard. Spooked and frustrated by the harassment, Mill has a fateful parking-lot confrontation late one night with pushy screenwriter David Kahane (D'Onofrio) that leads him to the brink of ruination.

No one has an eye for human behavior like director Altman, and this caustic satire of back-stabbing power brokers and anxious movers and shakers in La-La Land really soars, thanks to a brilliant Oscar-nominated script by Michael Tolkin, adapted from his own novel. Robbins is creepily understated as a put-upon exec, the drifting center of a sprawling cast: one that includes Greta Scacchi as a painter and Buck Henry, Dean Stockwell, Fred Ward, and Peter Gallagher as incarnating various types of preening, unctuous "players" in Hollywood. Watch for cameos by A-list celebrities too numerous to mention — and too much fun to give away.

The Plot Against Harry