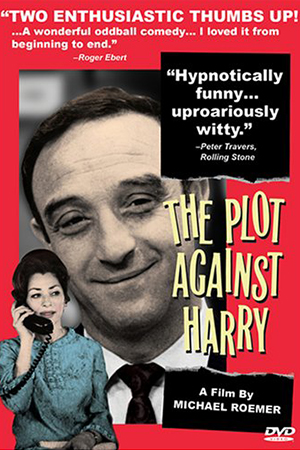 The Plot Against Harry

Harry Plotnick (Priest), an unassuming minor league gangster, emerges from jail to find his numbers racket in jeopardy. To make life more challenging, by chance, Harry gets thrown together with estranged wife Kay (Woods) and her family, including Harry's two grown daughters. Beset on all sides, Harry must somehow sort things out and improve his circumstances.

Shot independently in 1969, “Plot” could not get distribution until re-discovered in the late 1980s and shown at film festivals where, finally, it received its due. Produced on a shoe-string budget with a host of non-actors, Harry has more truth, flavor, and character in its pinkie-ring finger than ten of those loud and obvious, big-budget releases currently passing for comedies. A living, breathing tribute to the ingenuity and potential of independent film.