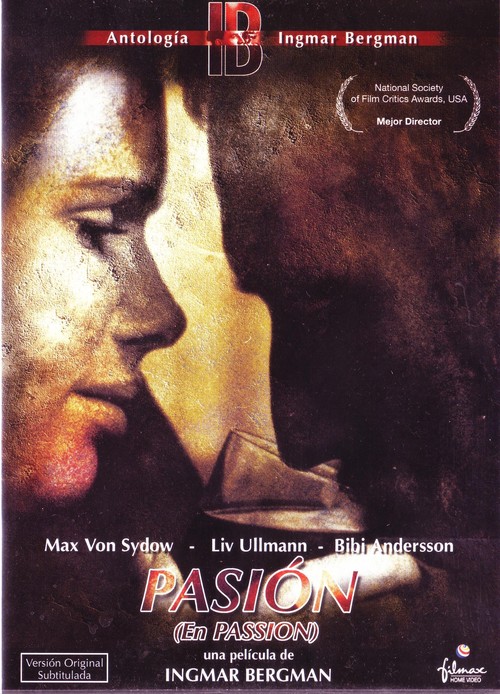 The Passion of Anna

Andreas (Von Sydow) is a man whose failures and frustrations have made him retreat from life to a remote island. There, by chance, he encounters Anna (Ullmann), a widow with an even more tragic past. Soon Andreas is meeting her closest friends, Eva and Elis Vergerus (Andersson and Josefson), and Anna begins to draw closer. She eventually decides to move in with Andreas. Tensions rise, however, as mutual deceptions come to light.

In "Passion," Bergman addresses his recurring theme of human isolation. Eva is a vulnerable woman in search of identity, Elis a successful architect whose cynical veneer is a barrier to intimacy. Anna deals with her own plight by righteously proclaiming the value of "honesty" in relationships, yet deceives herself about her own unsuccessful marriage. Soon enough, Andreas remembers why he'd craved solitude in the first place. In this multi-layered character study, Bergman includes sequences where the actors actually step out of character to comment on the roles they're playing — a fascinating touch. Beautifully photographed by the immortal Sven Nykvist, "Anna" is a stunning accomplishment.

The Passion of Joan of Arc