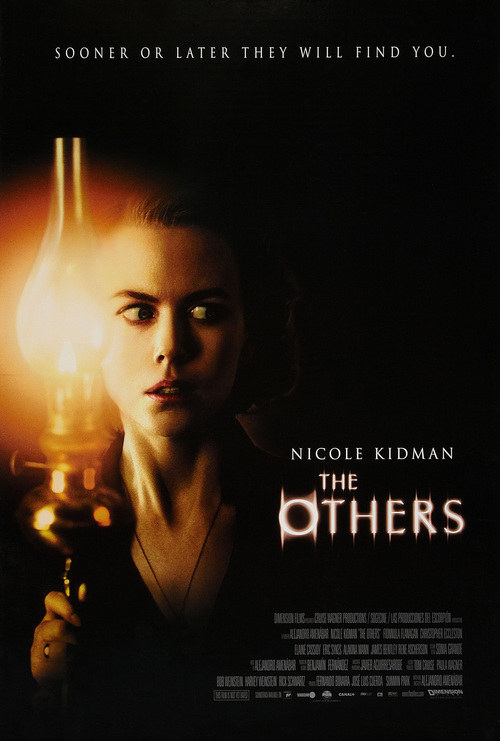 Grace (Kidman) has her hands full. It's 1945, and with her husband off at war, she's raising two children alone in a remote house off the coast of Britain. The children, Anne and Nicholas, are both afflicted with a rare disease which makes them allergic to sunlight. This, along with a rigid religious orientation, causes Grace to be both strict and over-protective. Into this tense, forbidding environment come three servants answering an ad for domestic help. One wrinkle, though: Grace soon realizes she hadn't yet posted the ad. Household conditions get increasingly spooky from there.