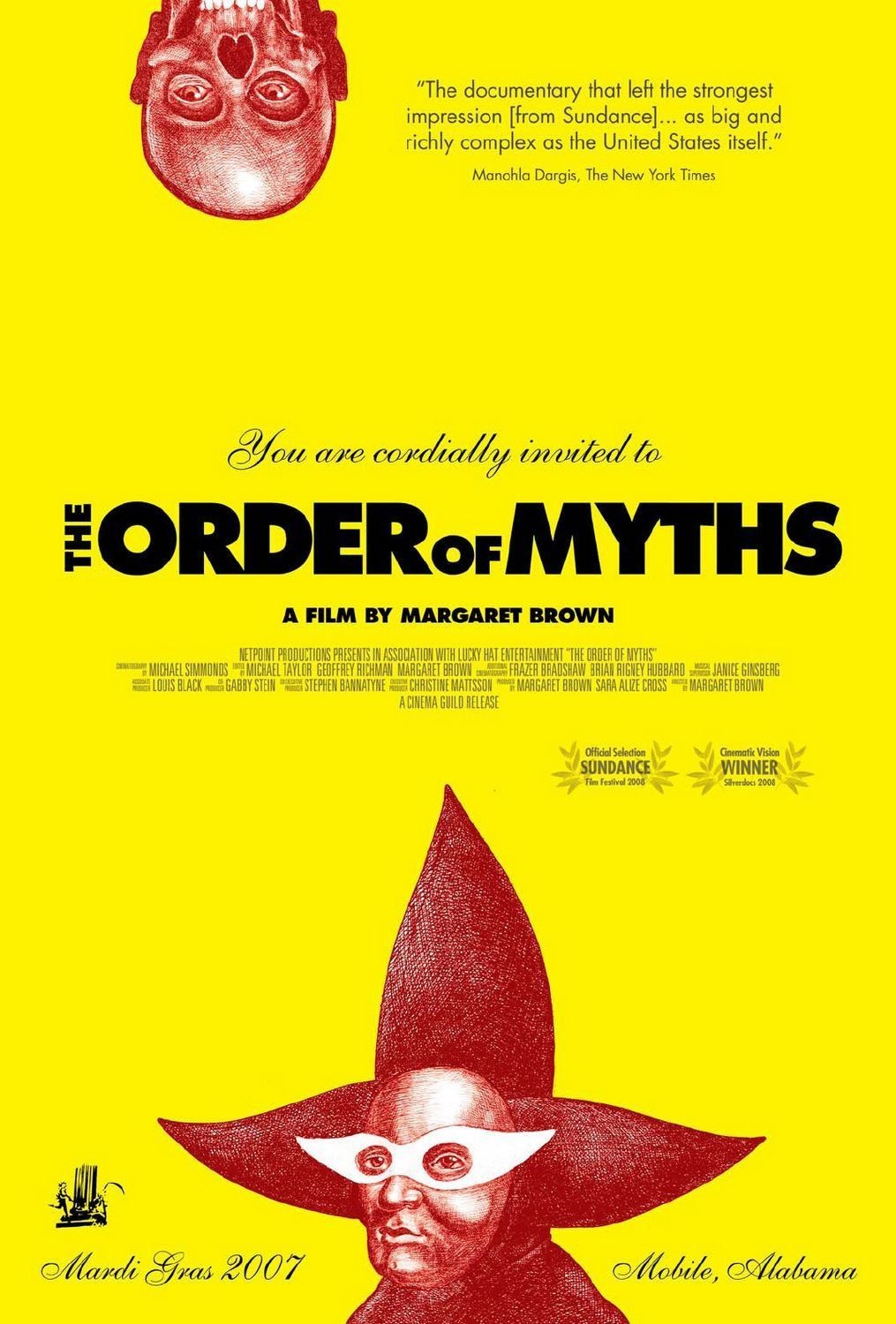 The Order of Myths

The city of Mobile, Alabama has the oldest Mardi Gras tradition in the country, dating back to 1703. Each year, two kings and queens are chosen to represent the city, one white and one black. Two carnival processions are planned, one white and one black. Mystical societies (the oldest one is called “The Order of Myths”) parade in elaborate costumes on decorative floats. The documentary follows Joseph Roberson and Stefannie Lucas, the black king and queen, and Max Bruckman and Helen Meaher, the white monarchs, as they plan their wardrobe, attend ceremonial lunches and discuss the role tradition plays in this still segregated ceremony.

Brown has created not only an informative portrait of a centuries old ritual, but also a probing inquiry into the role of race in modern day America. Without narration, she lets the participants be their own mouthpieces, with sometimes startling results. (Note how the white clothing designer states that there is only one queen in Mobile!) Brown also examines the history of slavery in Mobile, revealing that Meaher’s family brought in the last illegal slave ship, a boat that actually carried Lucas’s ancestors. The film brims over with fascinating details, from the cost of the outfits to the symbolism of the ancient orders’ logos. But even more intriguing are the contradictions the film raises. How does a city celebrate and honor its traditions without getting mired in an ugly, shameful past?