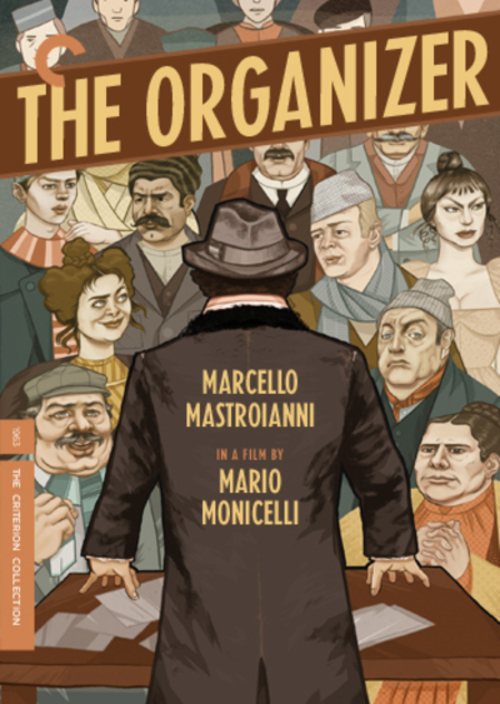 In late 19th century Turin, factory workers grow tired of their long hours, poor pay, and abysmal working conditions. When one worker is injured, Raoul (Salvatori), Pautasso (Lulli), and Martinelli (Blier) decide to petition the management for a 13 hour day (instead of 14). Their half-hearted attempts fail and they almost give up. Then, a socialist campaigner, Professor Sinigaglia (Mastroianni), arrives in town and reignites their passion for reform. They go on strike but endure food shortages, out of town scabs, and hard-nosed negotiation from the owners of the factory.

This film's original title "I Compagni" ("The Comrades") was changed to "The Organizer" for the English language release to avoid any whiff of communist leanings in the subject matter. Star Mastroianni, in an atypical role, holds the screen in his every scene, playing a social reformer who has sacrificed a wealthy lifestyle for his ideals. Director Monicelli clearly sympathizes with the Marxist themes, using actual workers in a real, working Zagreb factory to achieve a vibrant sense of authenticity. Surprisingly comic in execution, "The Organizer" is about flawed, regular individuals unwittingly embarking on a cause larger than themselves. Monicelli's film is a gem well worth re-discovering.