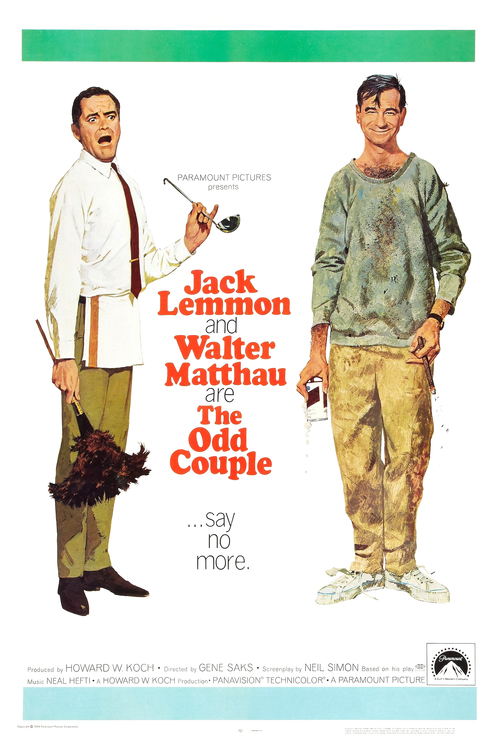 When fussy, uptight Felix Unger (Lemmon) is thrown out of the house by his wife, he wanders the streets of New York in a depressive funk. Concerned about his best friend's mental state, the already divorced Oscar Madison (Matthau) invites Felix to move in. Horrendously mismatched, Oscar and Felix are soon at each other's throats.

Paramount's new "Centennial Edition" features re-mastered audio and wonderful backstory interviews. Based on Neil Simon's award-winning Broadway play (in which Matthau also starred), "The Odd Couple" was the second and best pairing of real-life buddies Lemmon and Matthau, and spawned a long-running TV series. The inspired premise of a platonic, male love/hate relationship is best realized in this, the original film, with Lemmon's neurotic, melancholy Felix counter-balanced by Matthau's gruff Oscar, a carefree sportswriter who gives new meaning to the word "slovenly." In particular, don't miss the hilarious scenes with the duo's upstairs neighbors, the Pigeon sisters.