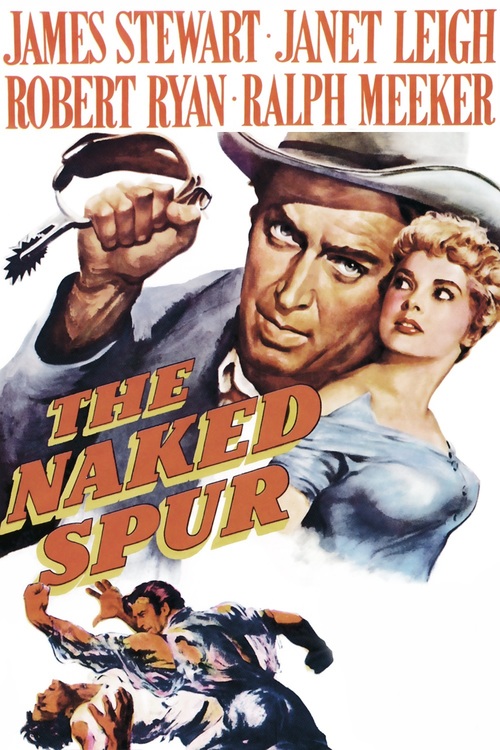 Kansas rancher-turned bounty hunter Howard Kemp (Stewart) faces a stubborn obstacle in his effort to return fugitive killer Ben Vandergroat (Ryan) for a $5,000 reward: old timer Jesse Tate (Mitchell) and dishonorably discharged cavalryman Roy Anderson (Meeker) turn up at an opportune moment to help Kemp corner Ben and his feisty gal, Lina (Leigh), and now they want a share of the money. But it's a long way from the Indian-inhabited Colorado Mountains to Kansas, and everyone, it seems, is watching out for number one.

Filmed in Technicolor in the gorgeously rugged Rocky Mountains, Mann's gritty, thrilling Western hinges on the hidden motives of its five protagonists, each of whom is running from a sordid past. In a none-too-wholesome role, Stewart is brilliant as a bitter war veteran whose fiancée abandoned him while he was away at the front-and made off with the title to his ranch. Mitchell's no-luck miner and Meeker's unsavory, no-account soldier vie with Kemp as Ryan, cackling like a jackal, sets all parties against each other while plotting his escape. The radiant Leigh rounds out the cast playing Lina, a misguided gal longing for a new life in California who falls for Stewart. "Spur" is a tough, bristling horse drama by noir director Anthony Mann.