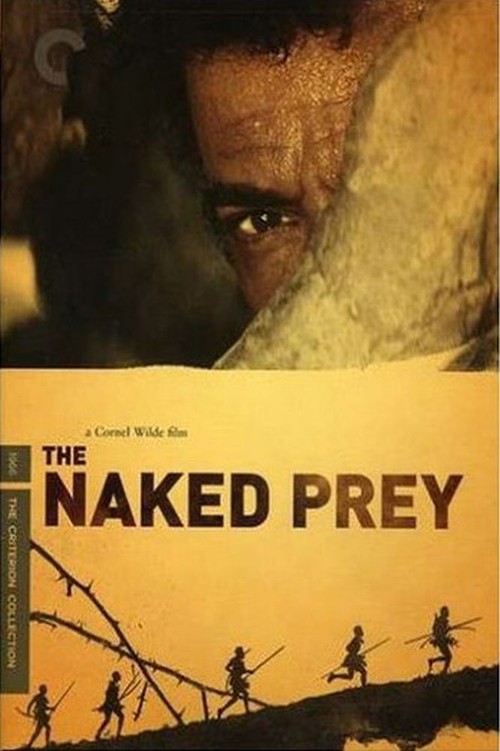 After an arrogant big-game hunter insults members of a local African tribe known for their savagery, a hunting party is attacked and ruthlessly butchered in ceremonial fashion. Only one Man (Wilde), the safari leader, is spared. Stripped naked and released onto the veldt, now he must survive being hunted by a ferocious band of spear-wielding tribesmen.

Brutal and pulpy but poetically realized, “Prey” is the brainchild of veteran actor-turned-director Cornel Wilde, who also stars in the film as the hunted man who must rely on primal instinct to outpace and outwit his bloodthirsty pursuers. Apart from the memorably horrific way in which his black and white compatriots are dispatched by the angry mob of tribespeople (one is hogtied, slathered in mud, and then roasted on a spit), Wilde works in jolting images of Africa’s wildlife — lions devouring gazelles, a snarl of poisonous snakes, screeching monkeys — to heighten the idea of man’s fundamental connection to animal primitivism. “Prey” on this!