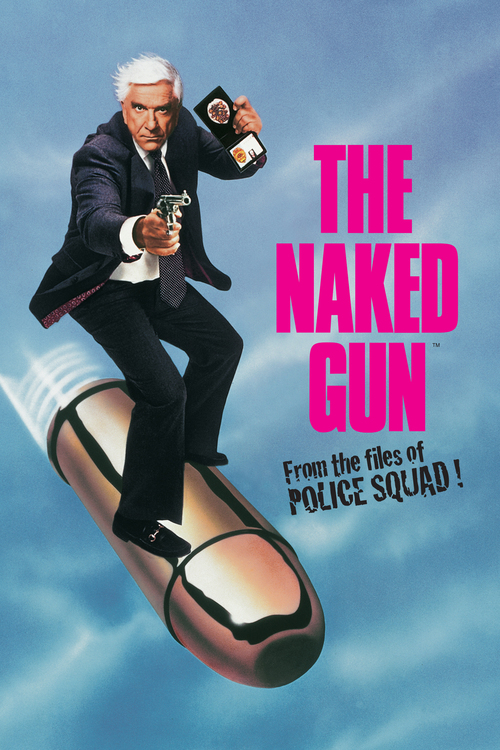 Bumbling, half-witted Lt. Frank Drebin (Nielsen) is none too happy when his partner Nordberg (Simpson) is wounded by L.A. drug dealers, so he goes after suspected heroin smuggler Vincent Ludwig (Montalban) who, of course, plays dumb. Lacking evidence, Drebin pursues his man with the unwitting help of Vincent's airheaded assistant Jane (Presley) and stumbles onto a plot to assassinate Queen Elizabeth during a Big League baseball game.

Reprising his role from TV's short-lived "Police Squad," Nielsen gets most of the big laughs in this nutty, uproarious screwball comedy from the demented writers of "Airplane!" With brilliantly hammy performances from Presley, Montalban, and burly straight man George Kennedy (as Drebin's put-out boss), this goofball cop spoof piles on the humor with slapstick pratfalls, juicy double entendres, and silly, laugh-out-loud sight gags that never stop coming. Even Major League hero Reggie Jackson gets into the act, playing himself as a brainwashed assassin. "The Naked Gun" will leave you howling for more.