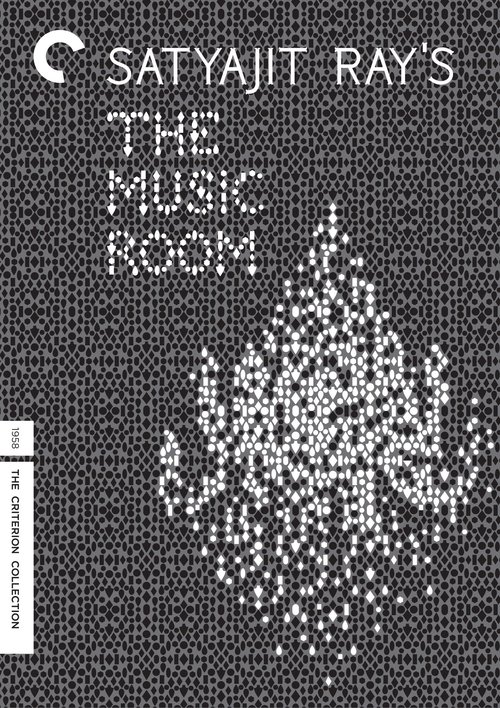 Biswambhar Roy (Biswas) is a land-owning aristocrat in early-twentieth-century India whose greatest pleasure is music. Even as his way of life grows outmoded and his money dwindles due to the flooding of his once massive acreage, he insists on throwing lavish parties and playing host to dancers and singers in his opulent music room. His fervor only increases as he witnesses the success of his bourgeois neighbor, Mahim (Basu). One night, in the midst of another performance, Roy’s world is rocked by familial tragedy. Thereafter, the music room is unoccupied for an extended period... only to re-open for one last, great performance.

This drama of one proud man made irrelevant by fate and progress unfolds gradually, but ultimately packs quite a wallop. Biswas, a legendary actor in his home country, gives a heartrending lead performance as the blinkered Roy — exuding a sort of sad, spent nobility — and when disaster strikes, we sense his total ruination. Famed director Ray also features such amazing performance sequences (from some of the foremost purveyors of traditional Indian music), you might find yourself sharing in the obsession that becomes Roy’s sole reason for being. Now that it’s been meticulously restored by the Criterion Collection, be sure to make room for this undervalued gem.