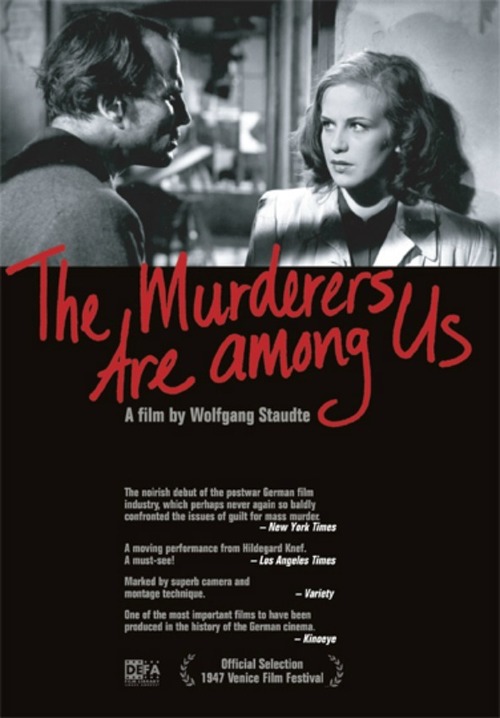 The Murderers Are Among Us

After she's released from a Nazi concentration camp, Susanne Wallner (Knef) returns to her apartment to find it occupied by a former officer and surgeon, Hans Martens (Borchert). Hans is understandably tormented by his complicity in the Holocaust. Susanne offers to share her flat until Martens can find other accommodations, and unexpectedly finds herself drawn to this anguished, self-destructive young man.

Made in crumbling, bomb-scarred East Berlin in 1946, "Murderers" stands as a haunting film of disillusionment and atonement. The film's stark power comes from the unlikely bond that develops between Susanne, a camp survivor who craves normalcy, and hard-drinking guilt-ridden Hans, who cannot return to his medical practice because he no longer believes humanity is worth the effort of sparing. Filmed in an expressionistic style, "Murderers" powerfully dramatizes the rebirth of hope amid literal ruins human and otherwise.