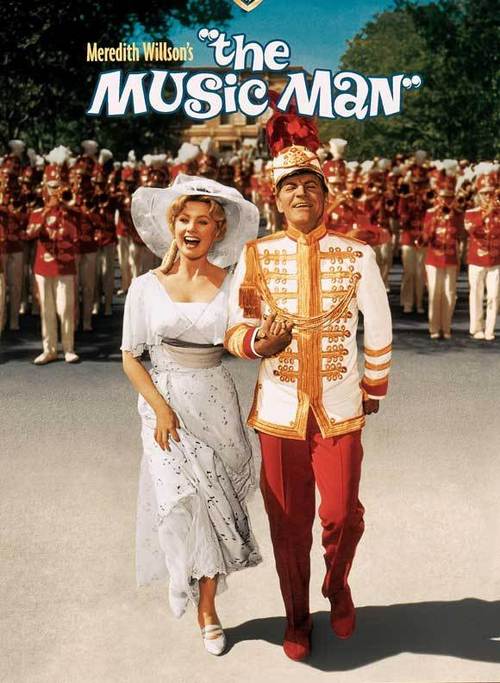 Traveling charlatan "Professor" Harold Hill (Preston) convinces the citizens of River City, Iowa, that they should have a marching band to help guard youth against moral corruption. Charming the socks off everyone, including the mayor's wife (Gingold), with his plan to teach the town's kids how to play using his deliciously absurd "Think System," Hill's a homey kind of huckster. His only obstacle is to win over local librarian Marian Paroo (Jones), who believes he's a fraud.

This exuberant, energetic adaptation of Meredith Wilson's hit Broadway musical is a bona fide marvel thanks to Robert Preston's virtuosic turn as the ultra-charming swindler. Homing in on small-town America in 1912, "Music Man" mixes nostalgic sentiment with real-world woes, memorably in the person of Ron Howard, who plays Marian's sullen younger brother Winthrop. Comedian Buddy Hackett adds levity as Hill's goofy sidekick, while Jones is a perfectly prim counterweight to Preston's engaging rogue. And let's not forget the songs: "Till There Was You" and the rollicking "76 Trombones" will leave you humming long after the lights go up.