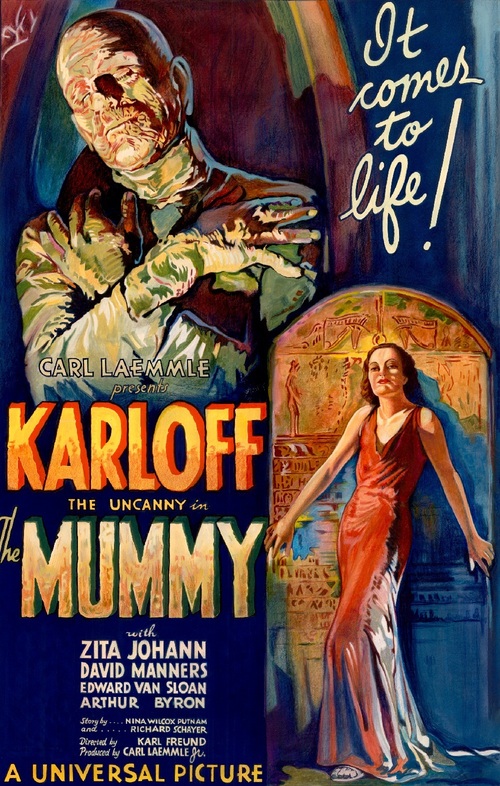 When his tomb is disturbed by a team of British archaeologists, mummified Egyptian priest Im-Ho-Tep (Karloff) — buried alive for an act of sacrilege — comes to life 3,700 years after his torturous demise. Disguising himself as an Egyptologist named Ardath Bey, he meets and then kidnaps Helen Grosvenor (Johann), believing her to be the incarnation of his ancient lover, Princess Anck-es-en-Amon, for whom he endured a live embalming centuries earlier.

Directed by German cinematographer Freund, who lensed Lang's "Metropolis," this eerie, dread-inducing monster movie was a triumph for all involved in the 1932 production, and remains totally absorbing today. Karloff had become a sensation with "Frankenstein" the year before, and his role as Im-Ho-Tep merely solidified the lisping English actor's fame. Bringing pathos and humanity to his portrayal of the undead cleric, Karloff is mesmerizing throughout — especially in an unforgettably horrifying flashback scene — and striking stage actress Johann holds her own as his slinky object of desire. Made by the same team as "Dracula," this brilliant horror flick has aged as well as its titular character.

The Murderers Are Among Us