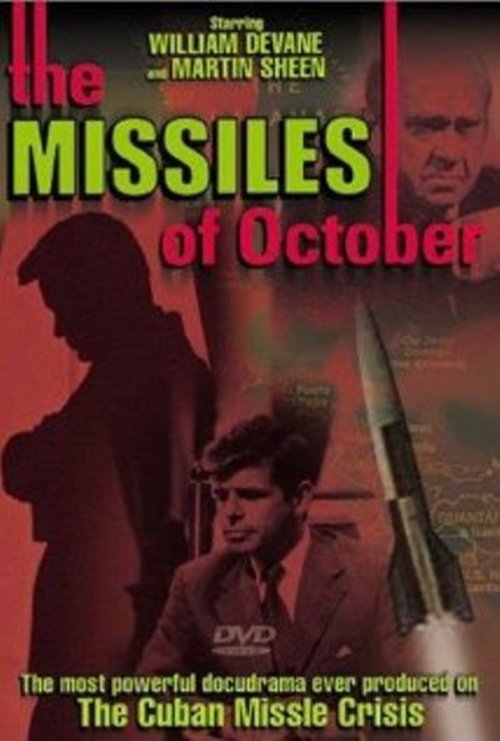 The Missiles of October

Pushed to the brink when he learns the Soviet Union is installing missile silos in Cuba, President John F. Kennedy (Devane) tries to embark on a diplomatic solution that will safeguard American security and avoid the possibility of a nuclear engagement. As he faces a host of difficult decisions that could alter the course of history, we follow Kennedy and his closest advisers, including brother Bobby (Sheen), in their darkest hour, as they wrestle with the ethical and political implications of various strategies to end the showdown.

Interspersed with newsreel footage to heighten its gripping realism, Page's riveting and groundbreaking made-for-TV docudrama reaches for "you-are-there" verisimilitude in its depiction of the thirteen days in October 1962 when JFK agonized over whether to go to war with Russia, a time when the world came close to nuclear annihilation. Well-scripted and directed with nail-biting intensity by Page, "Missiles" boasts tremendous performances by Devane, Sheen, and Howard Da Silva as Premier Khrushchev. See it before (or in spite of) the more Hollywood-ized Kevin Costner vehicle, "Thirteen Days."