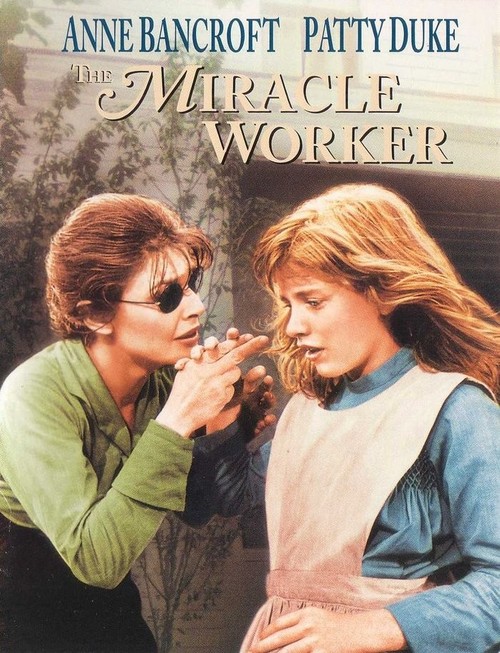 Set in the late nineteenth century, this incredible but true tale of teacher for the blind, Annie Sullivan (Bancroft), who through sheer will and saint-like patience, transformed a blind, deaf, and dumb girl named Helen Keller (Duke) from wild beast to a feeling, reasoning child, connected to the world around her. Not only does she have to play lion-trainer with the uncontrolled Helen, but must also manage the narrower expectations of Helen's parents, who believe little can be done for the child.

Adapted from the hit Broadway play, which the leads also starred in, director Arthur Penn (who also helmed the play, winning a Tony for it) preserves two incredible performances and one amazing story for posterity. Lean and powerful, with no excess melodrama, "The Miracle Worker" will earn a standing ovation from your armchair. Penn, Duke, and Bancroft were all Oscar-nominated for this, and both Bancroft and Duke won. All we can say is, no wonder! (Trivia note: Duke would perform Bancroft's role in a TV remake seventeen years later, but in our book, the late, great Anne will always own that part.)

The Miracle of Morgan's Creek