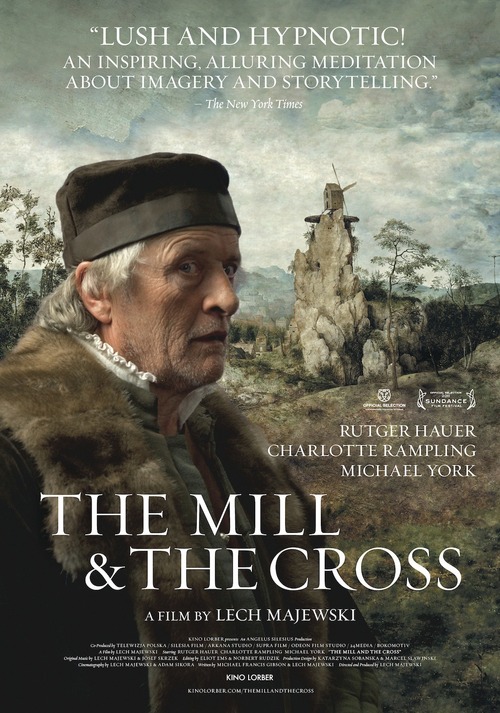 The Mill and the Cross

This highly original film dramatizes the creation of Pieter Brueghel's renowned 1564 painting "The Procession to Cavalry," breaking it down into its constituent parts, and hypothesizing on the events the painter (Hauer) might have witnessed as he worked on it. The influences include the Spanish inquisitors who tormented the Flemish during that period, and the lives and work of sixteenth-century millers. In effect, a single painting is used to create a detailed, evocative portrait of a long-ago time and place.

Majewski's "Cross" uses subtle, innovative effects to bring Brueghel's masterwork to vivid life. (At times, it's even difficult to tell which images were created by Brueghel, and which by the director!) The result is both a revealing meditation on art as a storytelling vehicle, and a fascinating depiction of a period characterized by oppressive religious intolerance. In splitting Cavalry into individual tales reflective of their era, it ultimately shows how the right painting at the right time could become a powerful political and social statement. Buoyed by a solid cast including Hauer, York, and Rampling, this "Cross" is well worth bearing (though admittedly it's not for all tastes!).