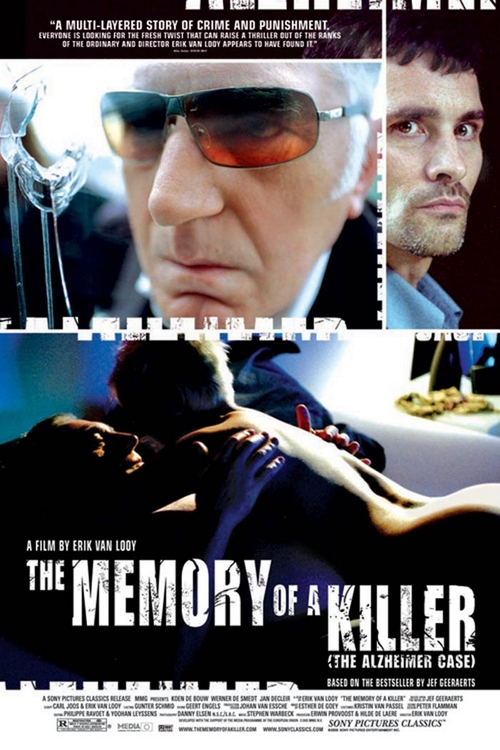 The Memory of a Killer

Just diagnosed with Alzheimer's, career assassin Angelo Ledda (Decleir) decides to take one last, lucrative assignment before retiring. When he learns one of his targets is a young girl, he balks, but his client gets the job done anyway. Incensed, Angelo goes on a vengeful rampage, seeking the man responsible for calling the unscrupulous hit. In the process of tracking Angelo, Antwerp detectives Vincke (De Bouw) and Verstuyft (De Smedt) bust up a child prostitution ring and try to find the link between the serial murders of several prominent Belgian citizens.

This intelligent, distinctive nail-biter from Belgian director Van Looy puts a fresh twist on the revenge saga with its parallel storylines and a mentally ailing hired killer, superbly played by Decleir, who transforms into a kind of moral hero. As he scales the heights of power looking for the child killer, Angelo's skills and sense of justice remain intact, but with his failing memory, he often lapses into a disorienting haze. By the end, all the pieces click together like a Rubik's puzzle. Bristling with suspense and visual energy, "Killer" is a highly original thriller that will leave a lasting impression.

The Merchant of Four Seasons