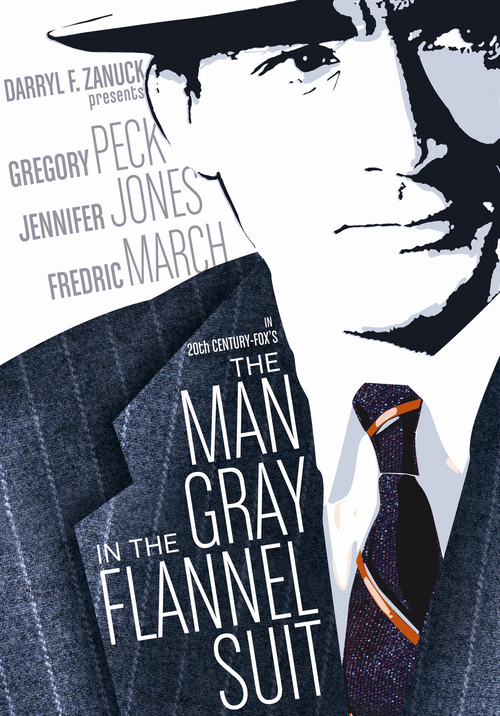 The Man in the Gray Flannel Suit

Tom Rath (Peck) is a rising advertising executive on Madison Avenue, with a lovely wife named Betsy (Jones) and a nice new home... yet nothing seems exactly right. His experiences in the Second World War are coming back to haunt him, and though Betsy and workaholic boss Ralph Hopkins (March) want him to succeed, Tom begins to doubt his chosen path and priorities, forcing a re-assessment of his life.

For the 1950s, "Suit" was a surprisingly frank and adult treatment of the often messy business of life, love and marriage. Peck's natural reserve suits him well in this role, as Tom struggles with past memories and emotions he'd like to avoid. Though Jones is solid and sympathetic as Betsy, March nearly steals the movie as Hopkins. This is a man who's built his life on his business, and who regrets, too late, all he's had to sacrifice for it. Don't miss this incisive, intelligent drama, skillfully mounted by writer/director Nunnally Johnson.

The Man in the White Suit