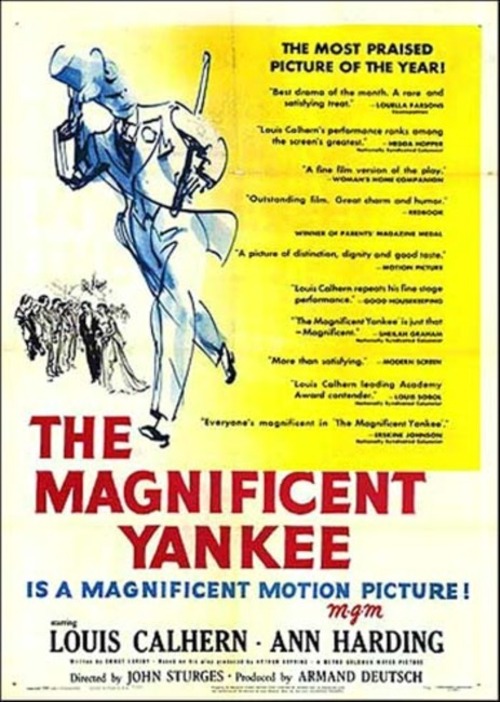 Supreme Court Justice Oliver Wendell Holmes, dubbed "The Great Dissenter" for the cantankerous opinions he issued during the decades he spent on our nation's highest court, presided over some of the most important legal deliberations of the early 20th century. This sterling biopic begins in 1902, as Holmes (Calhern) arrives in Washington, D.C. to take up his duties on the Court, accompanied by his devoted wife Fannie (Harding). It proceeds to follow their colorful, eventful lives over the next 30 years, until the judge's retirement at the age of 90. Holmes's incredible longevity made him the oldest sitting Supreme Court Justice — a distinction he holds to this day.

Louis Calhern's Oscar-nominated interpretation of Holmes, a titan of American jurisprudence, suggests a gruff but essentially kindly pragmatist deeply in love with his longtime wife and the ideals of the Constitution he swore to uphold and interpret. Director Sturges ("Bad Day At Black Rock") adapts Emmet Lavery's stage play with due reverence, capturing Holmes's keen wit and intelligence, while reminding us of the key judicial decisions that marked his storied career. A lesser version of this tale might have been as dry as a legal brief; we get instead a vivid, engaging portrait of both the judge and the man, touchingly realized by veteran actor Calhern. Don't miss this "Magnificent" tribute.