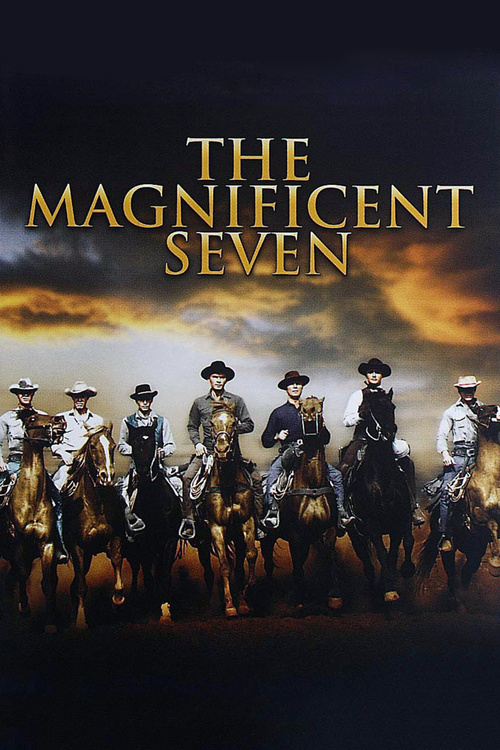 Akira Kurosawa's "Seven Samurai" gets adapted into a first-rate oater. Seven tough hombres led by Chris Adams (Brynner) are hired to protect a Mexican town from a large gang of cut-throats who return every year to loot and pillage, always led by the seamy Calvera (Wallach). This time around, the thieves will get a very different reception.

The Japanese director's seminal tale of raw human conflict is ideally suited to the western form, and director John Sturges brings together some then-rising stars to bring it to rousing and picturesque life, including McQueen, James Coburn, and Charles Bronson. Though Brynner is commanding in the lead, young Steve steals most every scene he’s in, a fact that rankled the older star considerably. Here’s one example where an American remake — or rather, reimagining — really works. Elmer Bernstein’s iconic score was also Oscar-nominated. Followed by three sequels, none of which equal this first entry. Saddle up with the “Seven!”