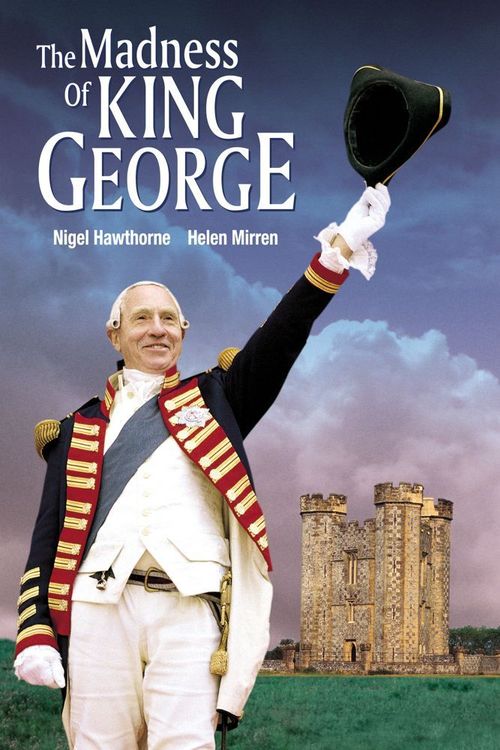 The Madness of King George

In American history books, King George III is most often remembered as the English monarch who played top villain in our Revolutionary War; but this drama reveals his tragic human side, portraying the madness that gripped him in the years following the split with the colonies (it's believed he suffered a rare blood disorder). It is the year 1788: while the King (Hawthorne) slides into dementia, and doctors attempt to cure his condition in vain, his Queen (Mirren) and the Prince of Wales (Everett) jockey for position and power, undermining the stability of the English throne at a time when the monarchy can hardly afford another blow to its prestige. Will the king recover his sanity in time to stave off a revolution from within?

The late Nigel Hawthorne, reprising his acclaimed stage turn as George III, was Academy Award-nominated for this triumphant, breathtaking performance, portraying an addled King as he undergoes all the intoxicating highs and lows of lunacy. First-time filmmaker (but longtime theatre director) Hytner ably makes the jump to the silver screen, widening the play's scope to incorporate a host of scenic, cinematic English locations, while never obscuring its balance of human tragedy and political intrigue. With Mirren (also Oscar nominated), Everett and Holm contributing nuanced performances, you'd be mad not to seek out this "King."