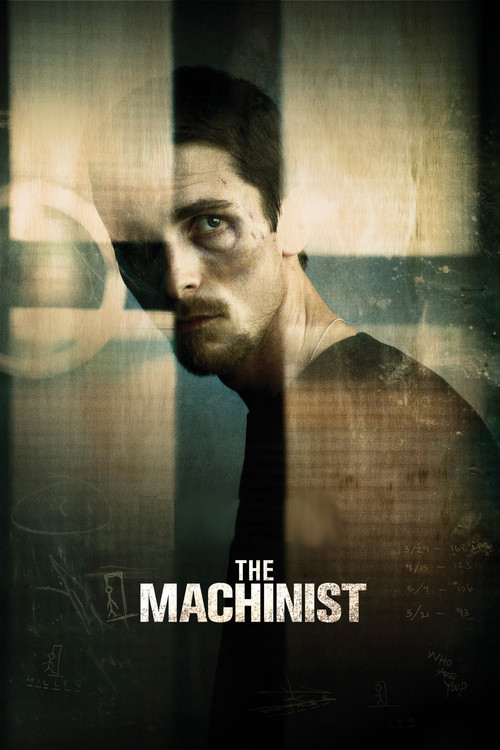 Haunted by nightmarish visions of the past, grossly emaciated machine-shop worker Trevor Reznik (Bale) has not slept in a year. And despite his friendships with chipper airport café waitress Marie (Sánchez-Gijón), and kindly hooker Stevie (Leigh), Trevor is slowly losing his grip on sanity. Menacing stick-figure drawings begin appearing in his apartment, and then Trevor meets a mysterious co-worker whose appearance presages a deadly accident. But is this person real or imagined?

Anderson’s eerie psychological thriller is an intelligent study of guilt and repression featuring a disturbing lead performance by Bale. Talk about dedication: the actor dropped a shocking 63 pounds to immerse himself in the role of Reznik, a living skeleton. It is hard to see the hulking star of “American Psycho” so gaunt and sickeningly starved, but it serves the character’s sympathetic, soul-annihilating psychosis. Leigh and Sánchez-Gijón provide excellent support, as does Mr. Clean look-alike John Sharian, playing a demonic, scarily deformed factory worker who may or may not be a phantasm. Filmed in metallic blues and grays for added effect, “The Machinist” is a paranoid, memorably creepy puzzler.

The Madness of King George