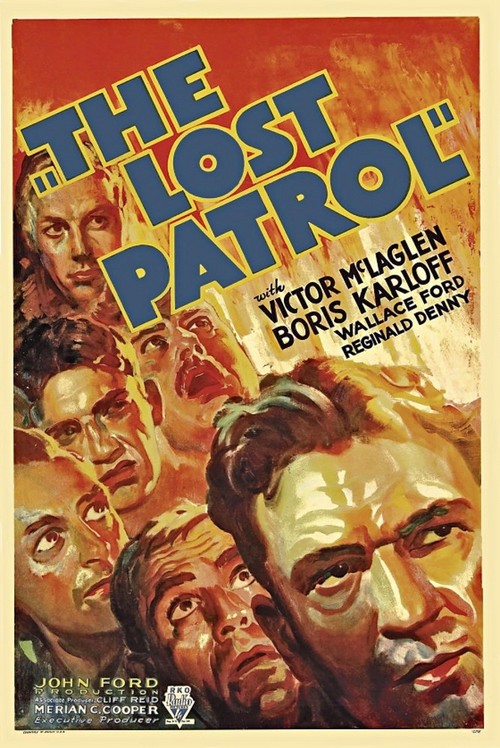 During the First World War, a British commander waist deep in the Mesopatamian desert gets shot by a sniper before he can relay his unit's mission. The ranking member of the group becomes the Sergeant (McLaglen), who is honest but stoic about their tricky situation: they are lost in the desert, without orders, and being fired on by some unseen enemy. Can the patrol hold out and survive?

This spare early Ford entry is certainly antique, but worthy nonetheless thanks to a tight script penned by the late, great Dudley Nichols; as well as a fabulous lead performance from the burly, ever-appealing McLaglen, who would appear in several more Ford entries (and whose son Andrew would also direct Ford protégé John Wayne late in the star's career). For those who only recognize him as the original Frankenstein, Karloff's eye-popping, over-the-top turn as a religious zealot who's been in the sun too long is just another selling point for this early sound classic. Fans of Ford — and war movies in general — should seek out this "Lost Patrol."