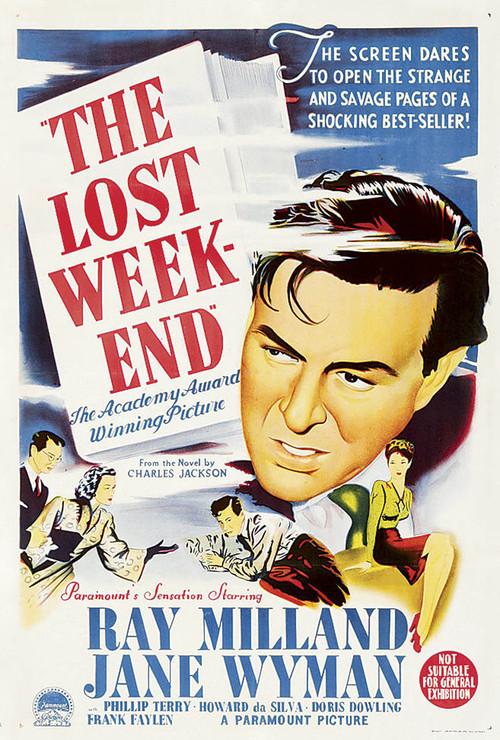 Struggling writer Don Birnham (Milland) has a nasty drinking problem that worries his girlfriend Helen (Wyman) and his brother, Nick (Terry). Though they are hesitant to leave him alone, Don convinces them to take in a concert without him, promising to do some serious work on a novel. Instead, Don hunts for a hidden stash of booze, finds money, and goes on a hellish, two-day alcoholic binge.

Billy Wilder's searing look at the "problem" of alcoholism was harsh, unpleasant stuff for audiences to swallow in the '40s, but Paramount execs — who nearly shelved "Weekend" over pressure from temperance and liquor lobbyists — were thrilled when it became a huge hit. That's due entirely to Milland's riveting, Oscar-winning portrayal of Don, a man so hysterically self-destructive that he sacrifices his dignity — and others' goodwill — to keep himself in a state of perpetual stupor. Cheery it's not, but "Lost Weekend" is a landmark work, showcasing Wilder at his gut-wrenching best. Wyman also excels in an early role as the long-suffering Helen.