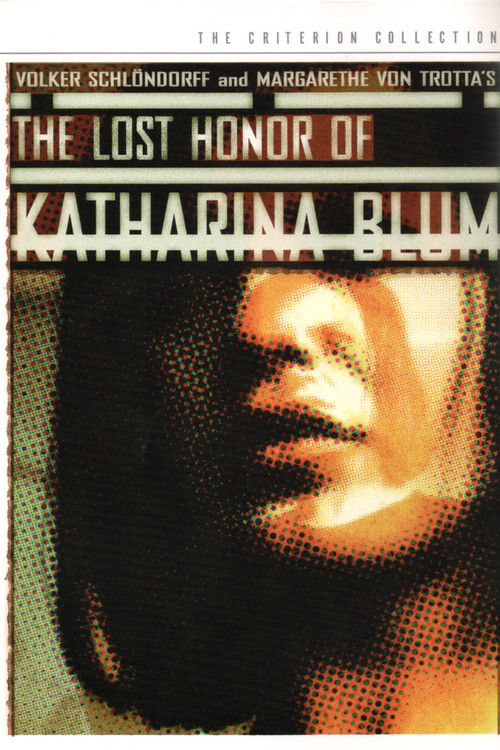 The Lost Honor of Katharina Blum

At a party, Katharina (Winkler) a pretty, young domestic servant, meets and instantaneously falls for the mysterious Ludwig (Prochnow), and they go home together. With Ludwig's departure the next day, Katharina's world is suddenly turned upside down, as a police raid on Katharina's home reveals Ludwig is a wanted terrorist. This makes Katharina guilty of harboring a fugitive, and also puts her under suspicion of being part of Ludwig's nefarious activities. With the cooperation of the police, a ruthless journalist (Laser) proceeds to strip away all Katharina's rights and dignity, turning her case into a media circus. Will she able to fight back and somehow regain her prior placid existence?

This tense, taut suspenser presents an object lesson on the nature of presumed guilt; also, to the corrosive power of the media which, when working with a police force desperate for "results," can virtually destroy the life of an innocent person. Directors Schlöndorff and Von Trotta unfold this waking nightmare with a tense realism that's unnerving. Winkler makes a most sympathetic victim, while the craggy, enigmatic Prochnow is tailor-made for his shadowy part. In all, a disturbing and thought-provoking entry, expertly rendered by husband and wife team Schlöndorff and Von Trotta.