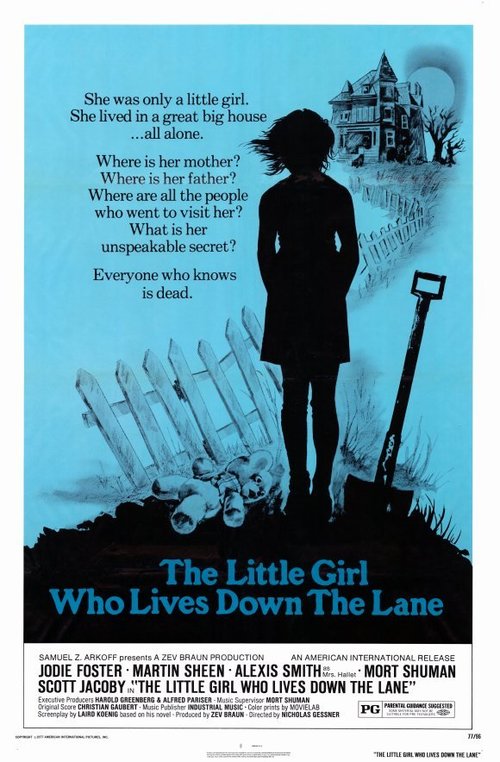 The Little Girl Who Lives Down the Lane

After her reclusive father passes away, thirteen-year-old Rynn (Foster) continues to live alone in their quiet New England house. She cleverly deflects suspicions about his whereabouts, maintaining the ruse that he’s still alive. Even so, it’s only a matter of time before the nosy neighbors, including arrogant landlady Mrs. Hallet (Smith) and her creepy son Frank (Sheen), sense something is amiss. This forces Rynn to take shocking action far beyond her years. Thankfully, she has young boyfriend Mario (Jacoby), an aspiring magician, to help her clean up the mess.

Star Foster had already turned heads in "Taxi Driver" when, at the tender age of fifteen, she again showed her precocious brilliance in this dark, well-crafted thriller. Still, her assured performance is nearly eclipsed by Sheen, who really makes your skin crawl playing an unhinged Mama’s boy with pedophile tendencies. Though hardly graphic (except for some hints of budding pubescent sexuality), director Gessner maintains a sense of queasy foreboding throughout. For a restrained, intelligent creep fest, anchored by first-rate acting, take a trip down this sinister "Lane."