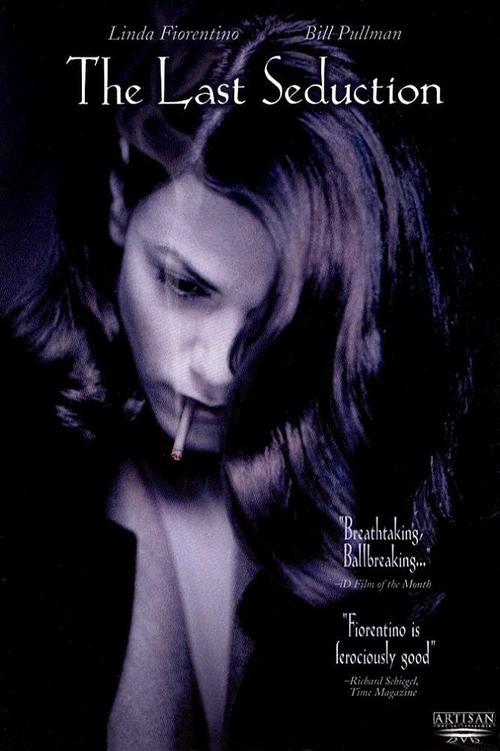 The impossibly sexy but treacherous Bridget (Fiorentino) hustles her own husband (Pullman) out of $700,000 of illicit drug money and hightails it to Smalltown USA, where she assumes a bogus identity and hooks up with local boy Mike (Berg). At first he is merely a sexual conquest to be toyed with, but when her husband sends a private investigator (Nunn) to track her down, she enlists Mike in an elaborate scheme. Mike, blinded by love and sex, is sucked deeper into her criminally twisted world.

In this darkly comedic crime thriller, director Dahl pulls off an homage to film noir in a contemporary vein. In Fiorentino he discovered a femme fatale to rival the great ones. With her smoky voice, Veronica Lake hair and ubiquitous cigarette dangling from her lips, Fiorentino’s sexually unapologetic dame is as deadly to look at as to cross. Pullman, in a rare, non-milquetoast role, is effectively menacing as her less-than-perfect husband. And Berg’s performance as Mike is impressive, in that he actually makes this small-town patsy likeable and sympathetic. Fueled by a tight script (by first timer Steve Barancik) and a smooth, jazzy score, this “Seduction” will soon have you under its spell.