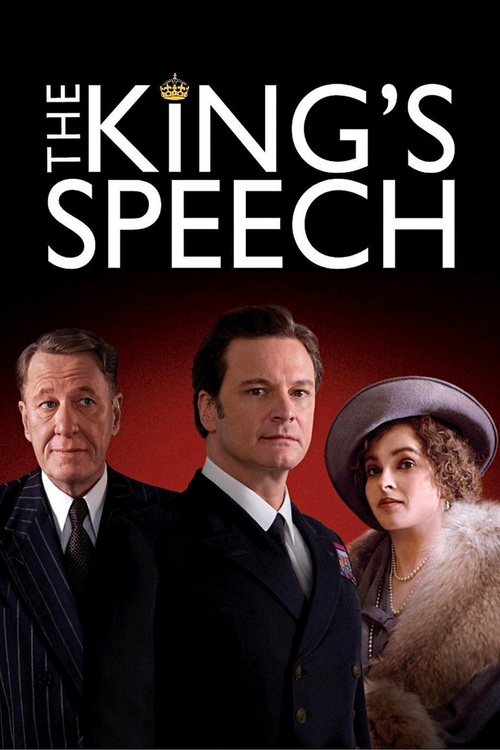 In 1937, when his brother Edward, Prince of Wales (Pearce) abdicates to marry a commoner, Prince Albert, the Duke of York (Firth), a shy man with a debilitating stutter, ascends to the English throne as King George VI. Based on historical events, this film follows the reluctant king’s dogged determination to overcome his oratorical impediment and gain the confidence of his subjects. He hires Lionel Logue (Rush), an unconventional speech therapist — and force of nature — who becomes the monarch’s best hope to properly assume his role as leader.

Despite its sterling cast, many were surprised when a film about a stiff, stammering British king became the most talked-about movie of 2010 and swept the Oscars. Part of its appeal lies in the fact that the story has seldom been publicized officially (George’s daughter, the sitting Queen, discouraged it), and that it’s told here with such humanity and humor. Beyond its strong period flavor, the cast is absolutely first-rate; in particular, Oscar-winner Firth brings off a tricky role with aplomb, and Rush plays off him perfectly. As Elizabeth (the future Queen Mother), Helena Bonham Carter also does a subtly shaded turn. A royal triumph!