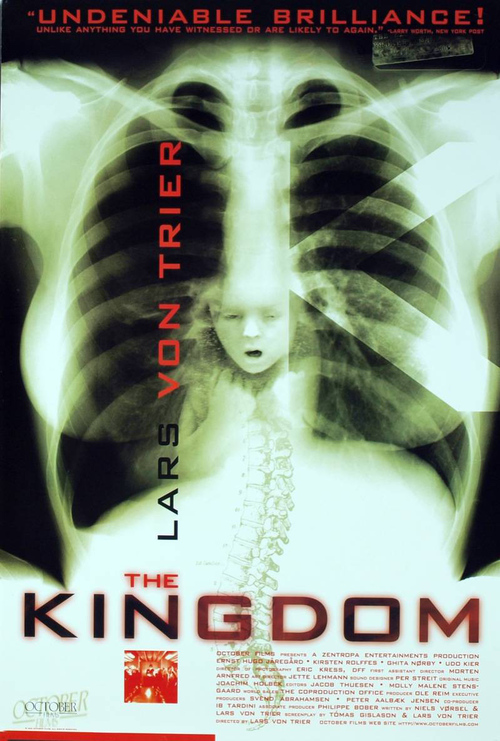 Coping with malpractice suits and a disturbing murder case, a brain surgeon (Jaregard) at the technologically cutting-edge Kingdom Hospital in Copenhagen suddenly finds his staff besieged by supernatural occurrences. One patient (Rolffes) is confronted by the apparition of a young girl; ambulances appear in the night then vanish; and a female doctor (Raaberg) finds her pregnancy advancing at a frightening pace. Has evil come to roost in this esteemed institution of science?

Conceived as an eight-episode series for Danish television by Lars Von Trier ("Zentropa," "Breaking the Waves") and co-director Morten Arnfred, "The Kingdom" is an intelligent and genuinely creepy supernatural thriller. Imagine a cross between "Twin Peaks" and "ER," and you'll have some idea of where the helmers go in setting up the nightmarish confrontation between arrogant science and the aggrieved spirit world. Bungled operations, blood-gushing corridors, masonic conspiracy, and Haitian voodoo all come into play, and the effect is riveting horror cinema at its best.