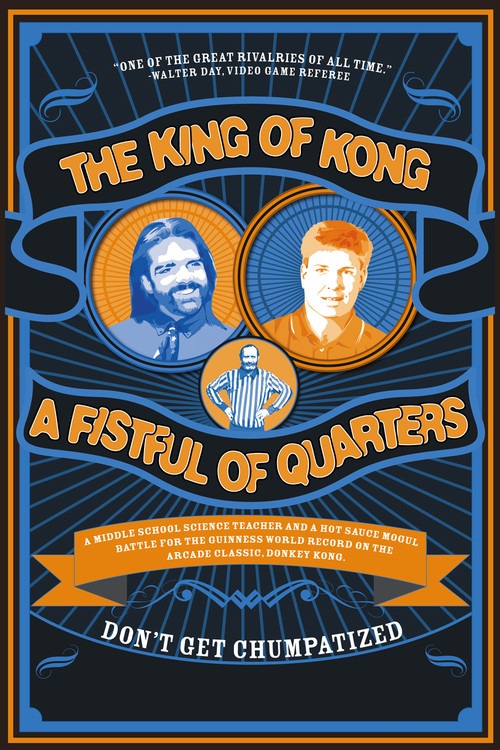 The King of Kong: A Fistful of Quarters

When Steve Wiebe, a garage-dwelling Donkey Kong addict and father of two, videotapes his record-making high score on the game, self-serious hot sauce entrepreneur and petty tyrant Billy Mitchell — the world record holder and “Gamer of the Century” — pulls out all the stops to prevent Wiebe from taking his title. Wiebe’s last resort is to throw down the gauntlet and challenge Mitchell to a face-to-face duel on an officially approved machine. But will it happen?

An alternate title for this nutty, straight-faced geek fest could have been “When the Stakes Are Small.” Because who really cares who holds the world record in a vintage ‘80s arcade game? But for the absurdly egotistical Mitchell — a veritable one-man Evil Empire — and Wiebe, a likable enough guy on a lifelong losing streak, the stakes are as high and fraught with peril as they strive to reach Donkey Kong’s final “kill screen.” Gordon takes us into the hilariously clique-y world of vintage gaming, introducing us to its players, rivals, and de facto heads of state. Then he drops us in the middle of a geeky battle of wills too rich (and far too melodramatic) to ignore.