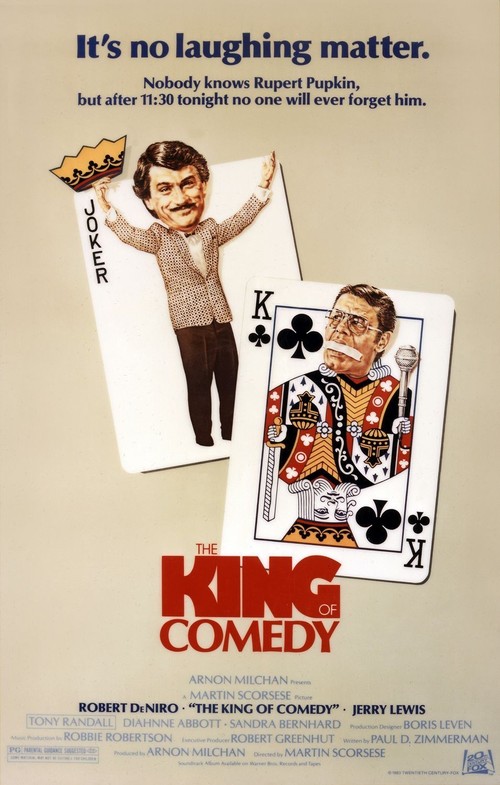 The King of Comedy

Rupert Pupkin (De Niro) is a no-talent funnyman who dreams big dreams of Vegas-style celebrity. Namely, he wants to appear on the talk show of his idol, the caustic Jerry Langford (Lewis), and begins haunting the man's offices to no avail. Provoked by another, slightly unhinged Langford fan, Masha (Bernhard), Pupkin finally hatches a bizarre, even more devious scheme to get the attention he's convinced he deserves.

In the under-exposed "King of Comedy," De Niro plays a creepy, psychotic loser who delivers hammy jokes in clownish stage garb, while poker-faced Lewis portrays an acerbic talk-show host modeled after late-night king Johnny Carson. The film fell flat with audiences in the early '80s (blame the blockbuster!), but in recent years has become something of a cult hit, and with good reason, too. De Niro and Lewis play off each other beautifully, and the truly sordid Bernhard adds another layer of offbeat appeal to this twisted take on our obsession with celebrity. Long live this "King!"

The King of Devil's Island