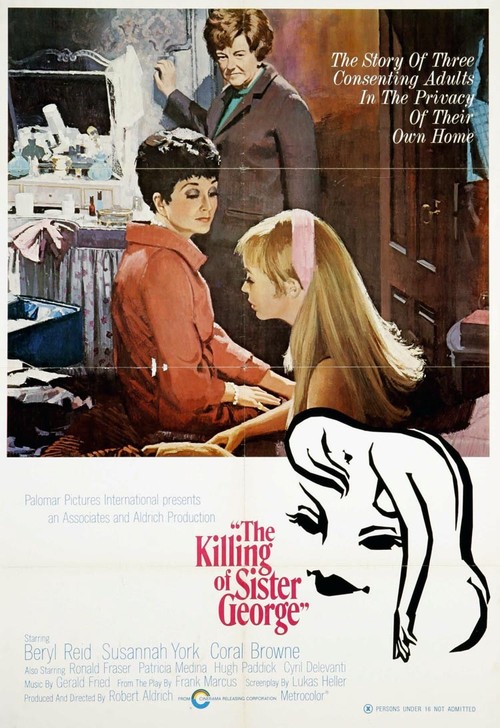 The Killing of Sister George

A pitch black comedy from Robert Aldrich, better known for macho films like “The Dirty Dozen” and “Kiss Me Deadly,” this acidic off-kilter farce revolves around Reid’s riveting performance as an unrepentantly boozy lesbian. Dour, witty, and crazed in equal measure, the film earned an unnecessary X rating in its time due to its frank depiction of homosexuality. Today, it shows a director at the peak of his powers, taking on material one could have imagined Blake Edwards handling. Buy “George!”

The King and I