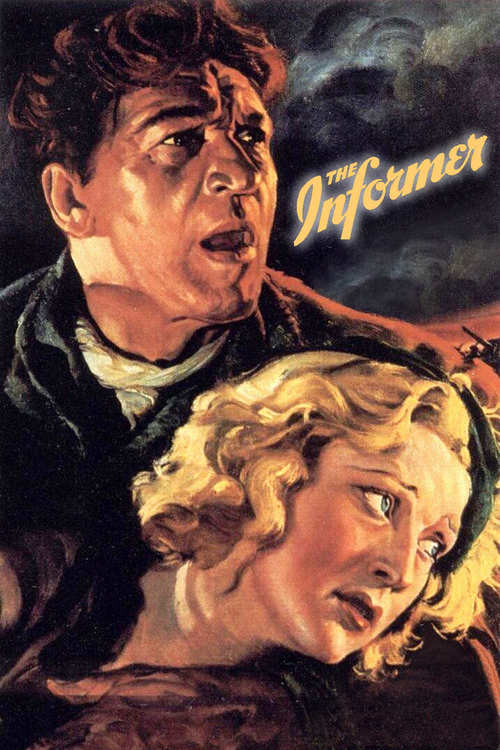 During the Sinn Fein rebellion of 1922, hard-luck Dubliner and IRA reject Gypo Nolan (McLaglen) gets into hot water when he informs on his best friend Frankie McPhillip (Ford), a fugitive from the British "Black and Tans" who winds up with a bullet in his head. Gypo had sought the £20 bounty so he could embark on a better life with his prostitute girlfriend, Katie Madden (Grahame), but the rebels aren't about to let him walk away clean.

This blistering adaptation of Liam O'Flaherty's novel by John Ford features a searing, Oscar-winning performance by McLaglen, who plays the barrel-chested Irish boozer and Troubles-era traitor with gut-wrenching pathos, especially when he delivers his last line. A labor of love for Ford, outfitted with Joseph August's atmospheric evocation of foggy Dublin and a superb score by Oscar winner Max Steiner, "Informer" is the kind of full-blooded political drama we rarely get to enjoy today. And McLaglen's turn as the desperate, deeply remorseful brute makes the tragic story of betrayal and redemption even more worthy of struggle.