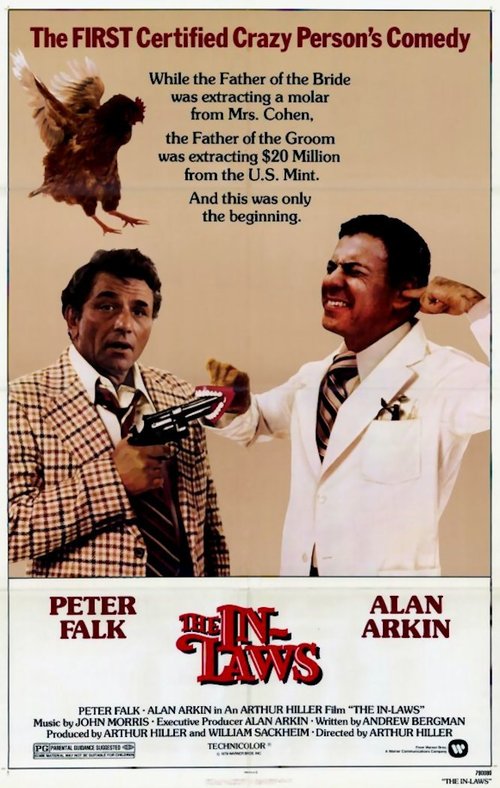 Successful dentist Sheldon Kornpett (Arkin) is giving away his daughter in marriage, but has yet to meet the future in-laws. When the two families finally do connect, Sheldon is immediately suspicious of the groom's slick, slippery father, Vince Ricardo (Falk), clearly a man of many secrets. Soon Sheldon will learn some of those secrets, as Vince turns out to be a CIA agent on a dangerous mission that's gone awry, and it seems only the innocent, clueless Sheldon can help extricate him.

Arthur Hiller's hilarious spoof (written by the talented Andrew Bergman) is propelled by an ever-escalating series of death-defying comic set-pieces, with Falk the epitome of seasoned nonchalance and Arkin, who up to now has led a quiet, ordered life in Scarsdale, having a series of well-justified nervous breakdowns. Scenes in a fictional banana republic ruled by demented dictator General Garcia (Richard Libertini) are particularly inspired. Ultimately, what makes this comedy sing is the divine chemistry between Falk and Arkin, two comedic pros in their element. Beware the inferior remake.

The Incredible Adventures of Wallace and Gromit