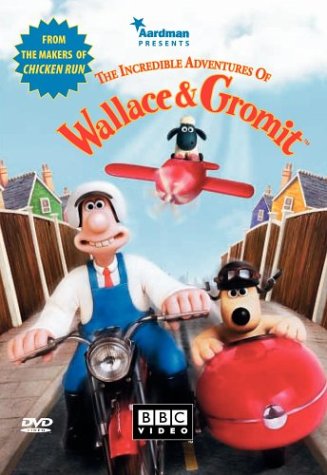 The Incredible Adventures of Wallace and Gromit

This priceless compilation of clay animator Nick Park's three short films follow the adventures of cheese loving, working class Brit Wallace and his beloved dog Gromit. In "A Grand Day Out"(1989), master and pooch go to the moon looking for cheese; in "The Wrong Trousers" (1993), a criminal penguin wreaks havoc in their happy home; and in the final entry, "A Close Shave" (1995), Wallace finds romance, while Gromit finds himself in jail — for sheep rustling!

Before his full-length feature triumph with "Chicken Run," Park conceived these three hilarious and wildly inventive films sure to delight kids of all ages — along with their parents. Painstakingly created using stop-motion animation, each of these films was Oscar-nominated on release, and two won: "The Wrong Trousers" and "A Close Shave." Totally unique and beyond fabulous, no home should be without this set. It's a recipe for joy!