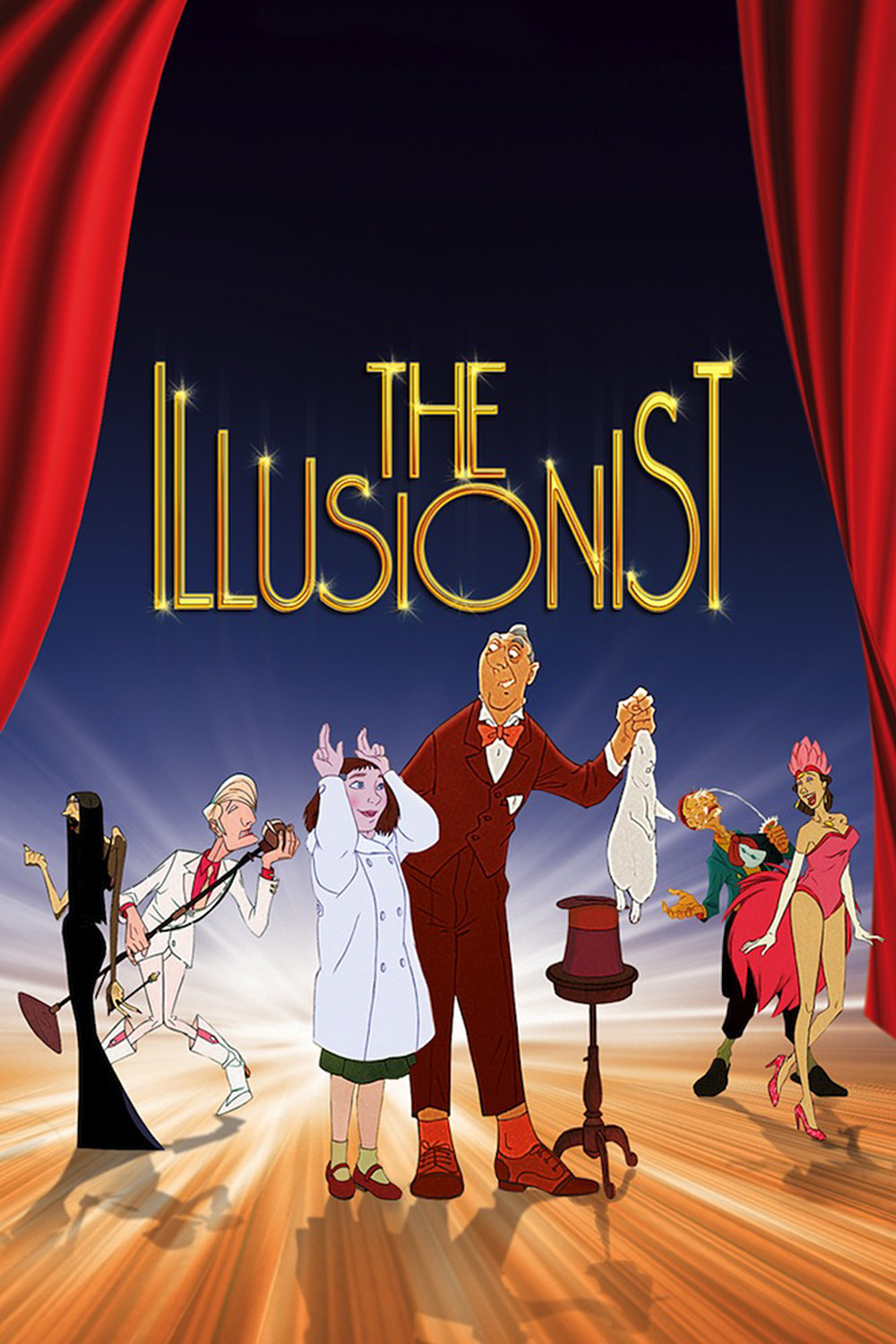 In the late 1950s, an aging French vaudevillian magician (Donda) leaves Paris to search for work in the hinterlands of Scotland. One evening after a performance in a pub, he befriends Alice (Rankin), a young immigrant maid. Noticing that her shoes are falling apart, he buys her a new pair, and, much to her delight, presents them as though a result of his magical abilities. Soon the girl decides to follow him to Edinburgh. Having a young charge initially buoys the spirits of the illusionist, but can their makeshift father-daughter relationship hold over time?

This wistful, charming animated fable was adapted from a never-filmed script written 50 years ago by the great French comic filmmaker Jacques Tati. It stays true to the master's whimsical spirit, and, in basing the main character's design on Tati's visage and physicality, allows us to feel as though we're spending time with a resurrected cinematic legend. This Academy Award nominee for best animated feature is an exquisitely crafted meditation on how time can pass us by, skillfully rendered in an increasingly rare hand-drawn style. Have no illusions: this is one gem worth seeking out.

The Importance of Being Earnest