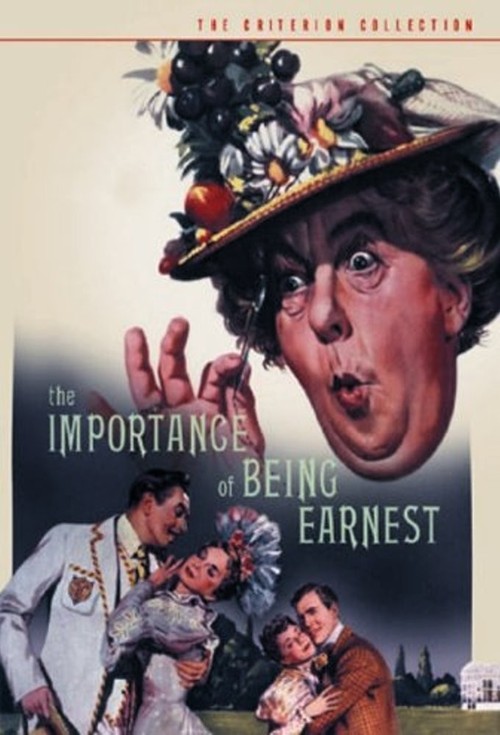 The Importance of Being Earnest

Wealthy bachelor Jack Worthing (Redgrave) intends to wed Gwendolyn (Greenwood), the cousin of his friend Algernon (Denison), a dashing, mischievous playboy who in turn has eyes on Worthing's legal ward, Cecily (Tutin). Owing to a minor case of mistaken identity, both women believe their husbands-to-be are named Earnest-and they are strangely earnest about marrying a man with that name. Meanwhile, Gwen's stuffy "mum-mah," Lady Bracknell (Evans), refuses to give her consent to Gwen's nuptials when she learns Jack, though rich and "landed," is an orphan.

Asquith's impeccable adaptation of the Oscar Wilde play is a delightfully crisp, even subversive satire of British social manners and mores, featuring a splendid, quintessentially British cast. Redgrave and Denison are the epitome of rakish charm, while Greenwood and Tutin play their respective parts with perky, ladylike puckishness. No one outclasses Edith Evans, however, whose hilariously fearsome turn as the disapproving, gold-digging "gorgon," Lady Bracknell, is pure comedic genius. Bright costumes, florid set design, and cheeky "bon-mots" are all part of the fun of "Being Earnest."