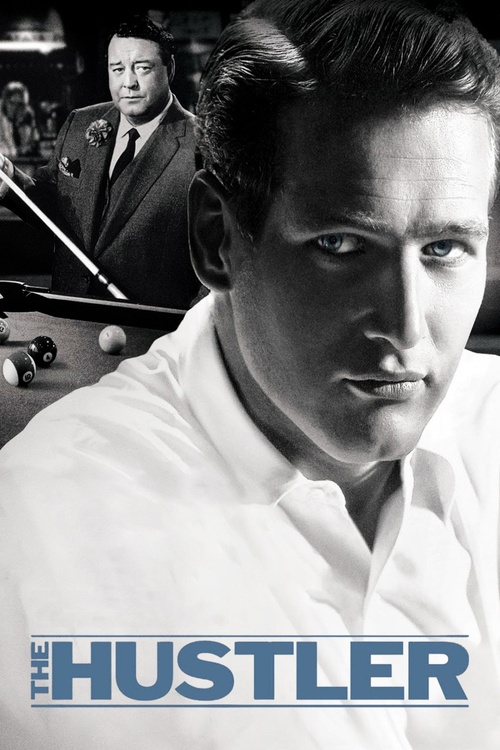 "Fast Eddie" Felson (Newman) is a charismatic California pool shark with a wide streak of arrogance to match his considerable skill. After he loses big to the legendary Minnesota Fats (Gleason), Eddie hits the skids and falls for fellow lost soul Sarah (Laurie). Trying to hustle his way back to the top of his game, he entrusts his future to oily promoter Bert Gordon (Scott), who promises him riches and fame. But will Gordon deliver if Eddie does?

A gritty, atmospheric picture about the tense world of high-stakes pool, Rossen's "The Hustler" features some of Newman's best work-to-date. "Fast Eddie" may be a young virtuoso with a pool cue, but his maturity hasn't caught up with his moves, and he learns some hard lessons in pool and life from Minnesota Fats, played to cool perfection by the late, great Gleason. Scott also stands out as a ruthless backer, and Laurie does a sad, sensitive turn as a lonely woman on the fringes who falls under Eddie's spell. Though Newman was Oscar-nominated, he'd have to reprise the role twenty-five years later (in "The Color Of Money") to win the statuette. I prefer this, his original outing.