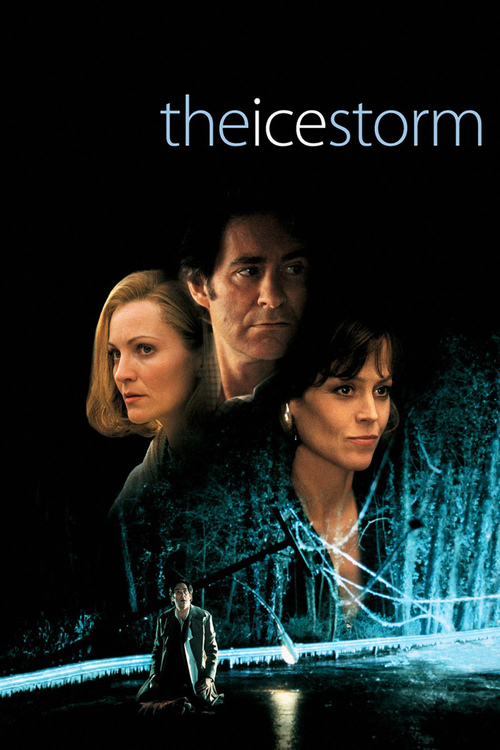 Set around the Thanksgiving holiday in 1973, this disturbing tale of suburban malaise in upper-crusty New Canaan, Connecticut tracks the dysfunctional relations between two families, the Hoods and the Carvers. It seems Hood patriarch Ben (Kline) is carrying on with cynical mother/wife Janey Carver (Weaver). Meanwhile their kids — Ben's son Paul (Maguire), his sister Wendy (Ricci), and Janey's son Mikey (Wood) — each confront their own inner struggles. Suddenly, as if to reinforce the grim mood of these characters, there's an ominous turn in the weather.

Ang Lee's dark, piercing film effectively recaptures the hangover of the sixties drug-and-sex revolution, most emblematically with a spouse-swapping key party that ends badly. Veterans Kline, Allen and Weaver are all first rate, but the young Maguire, Ricci, and Wood also hold their own, touching your heart with a coming-of-age awkwardness that sadly reflects their parents' own disillusionment and inner gloom.