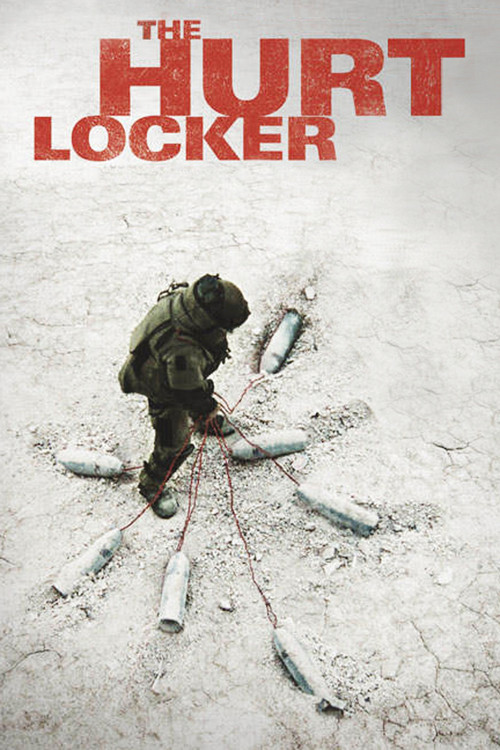 When a small bomb-disposing crew from the U.S. Army’s Baghdad-based Explosive Ordnance Unit loses its leader to an IED placed by Iraqi insurgents, Sergeant J.T. Sanborn (Mackie) and Specialist Owen Eldridge (Geraghty) are assigned to work under Sergeant James (Renner), a skilled connoisseur of detonation devices who has neutralized hundreds of bombs. Routinely ignoring safety protocols, the maverick soldier proves himself to be a highly effective addition to the roving team, a charismatic daredevil who never flinches in the face of his dangerous daily task.

A tense, visceral, and technically accomplished action film, Bigelow’s “Hurt Locker” is a nail biter based on the experiences of embedded journalist Mark Boal. This film is not only a heart-racing, incredibly suspenseful portrait of urban warfare, told from the perspective of Army grunts on an insanely perilous tour of duty; but also an intimate character study of war’s psychological toll on the enlisted men risking their lives to face down a deadly, unseen enemy employing cellphones and IEDs. Renner’s intensity and steely physicality add to the appeal of this nerve-wracking combat drama.