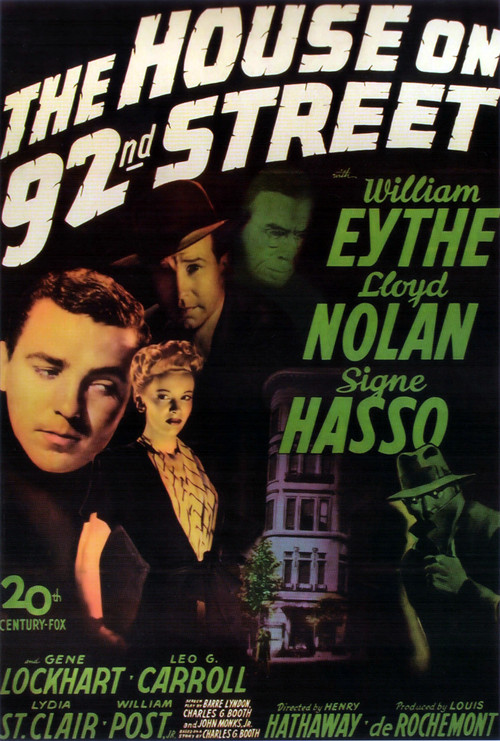 The House on 92nd Street

After he's approached by Nazi spies who want him to work undercover for the enemy, German-American college student Bill Dietrich (Eythe) contacts the FBI. Bureau chief George Briggs (Nolan) taps Bill to become a double agent, and he agrees, infiltrating a spy ring headed by Elsa Gebhardt (Hasso) in her Manhattan townhouse. The Nazis, he soon learns, are after data related to "Process 97" — the secret American effort to build an atomic bomb.