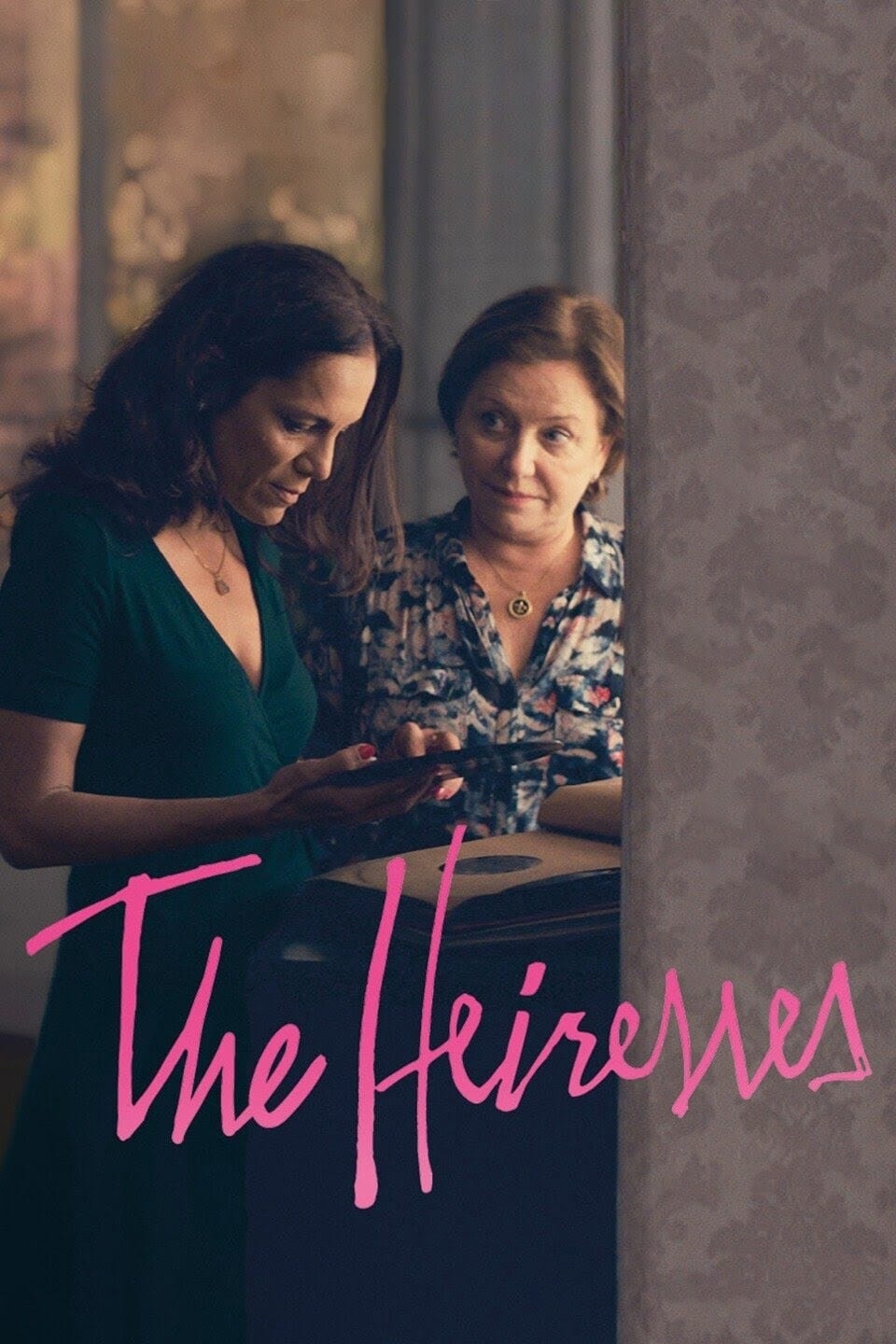 In modern day Paraguay, longtime upper-crust lesbian couple Chiqui (Irun) and Chela (Brun) are facing late middle age with an awkward problem: they are running out of money. The more practical, proactive Chiqui is quietly selling most of their possessions to help them stay afloat, while the more entitled, aristocratic Chela hews to established routines to maintain her façade of a well-ordered life. When Chiqui lands in jail over a financial irregularity, the two are forced to cope apart. Chiqui is a natural leader who seemingly thrives in confinement. Meanwhile, to pass the time and earn some spending money, Chela chauffeurs around her rich friends. One day she meets Anjy (Ivanova), an earthy, sensual younger woman who stirs up desires in Chela and gradually draws her out of her protective shell.

Director Martinessi’s profound, engrossing debut feature is heavy on mood and atmosphere, as fate forces two longtime partners seemingly set in their ways to abandon longstanding roles and confront a new reality. There is a palpable dread to the film’s earlier scenes set in the couple’s dark home that’s steadily being emptied of treasured objects. Soon we become intimately involved with the central characters, particularly Brun’s Chela, whose vulnerability jumps right off the screen (Brun won an acting prize at the Berlin Festival for this). To the film’s credit, much is shown and felt, not said. Beautifully realized, “The Heiresses” heralds the arrival of a bright new talent in Martinessi. Watch this, and reap a rich inheritance.