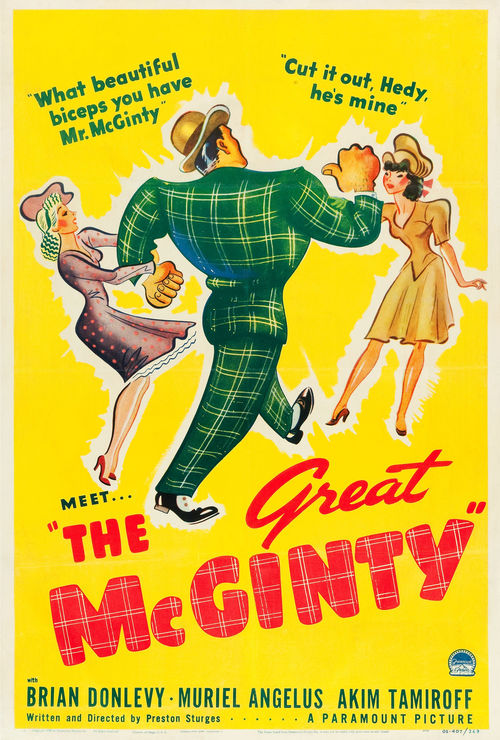 When Dan McGinty (Donlevy) is plucked off the streets and roped into a plan to commit voter fraud, he's just another Joe looking for a paycheck. However, he proves so successful at voting multiple times under a variety of identities that he catches the eye of the town's chief political boss (Tamiroff). Eventually, the Boss decides McGinty might be the right man to run the city. Soon, our hero is swept into politics and becomes a serious mayoral contender. He then takes a wife, Catherine (Angelus), in order to boost his credibility with the public; but once he's elected, her good influence on him might lead to the end of his crooked career.

The directorial debut of Preston Sturges ("Hail the Conquering Hero") is a hilarious and scathing look at the fundamental deficiencies of the American political system. As McGinty ascends to become the city's mayor, the sharp, Academy Award-winning script excoriates a process that allows corruption to run rampant but it does so with that magical Sturges touch: always funny and never heavy-handed or didactic. Adding another dimension to McGinty's tale is the redemptive central romance, which makes this satirical film more than just politics as usual. Vote early and often for McGinty!