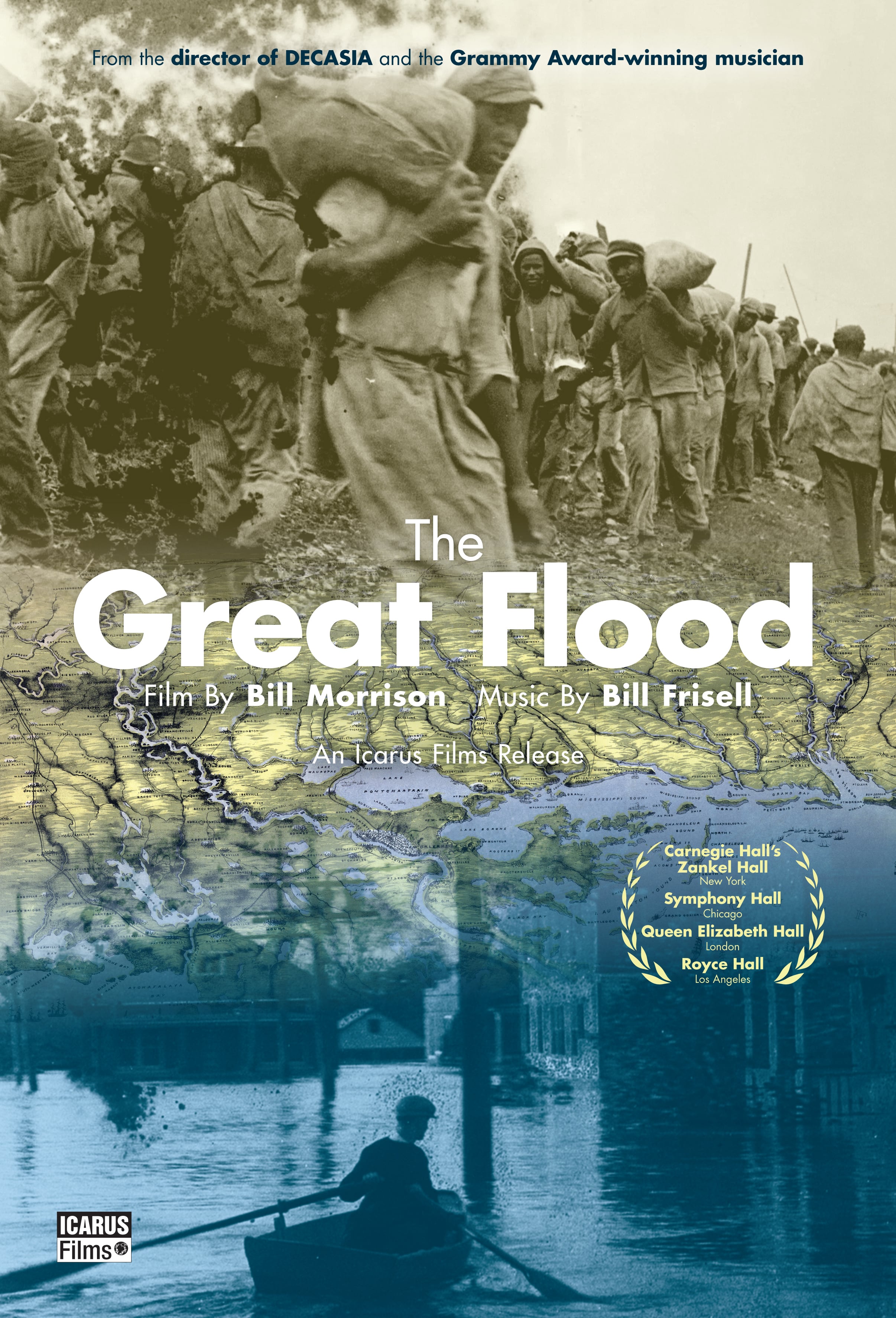 When the Mississippi river burst its banks in 1927, some 27,000 square miles of farming land, homes and businesses were flooded. Black plantation workers were put to work trying to shore up the levees in an ultimately futile effort, while white families were rescued and taken to safety. Hundreds of thousands of sharecroppers were evacuated and migrated north, some as far as Chicago, bringing with them the culture and music of the South.

Using old Movietone newsreels and archival film footage, multimedia artist Morrison has sculpted a visual poem, an elegy to a long-ago tragedy that nevertheless feels immediate and topical, especially in light of recent natural disasters. Scoring the images is guitarist Frisell, whose mournful soundtrack delivers a modern jazz sound inflected with tonal reminders of the past. In places the film stock is so degraded that it looks like water is leaking onto the screen, accentuating the prevailing sense of tragedy. Morrison’s “Flood” is part historical document, part visual artistry — but always beautiful cinema.