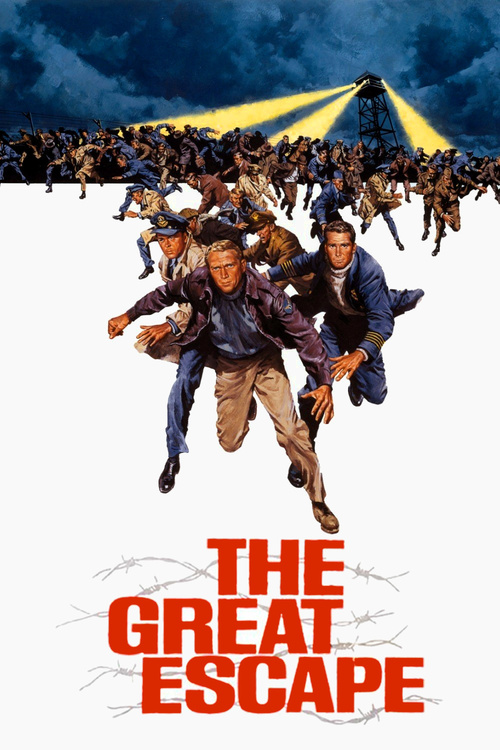 During World War II, a team of Allied prisoners in a high security German POW camp work together in a tireless attempt to facilitate a mass escape. Their daring plan is to dig a long underground tunnel which will take them all to the other side of the barbed wire and freedom. This painstaking job will take not only a highly coordinated effort, but a fair amount of time, with a constant risk of failure or exposure. Will these intrepid soldiers make it out of there?

This breathless war entry, based on a true story, may just be the finest escape movie ever filmed. Beautifully shot on locations in Europe, director John Sturges reunites several of the cast from his prior triumph, the testosterone-heavy "Magnificent Seven" — notably McQueen (now a much bigger star), James Coburn, and Charles Bronson (as the expert on tunnel digging), and adds in James Garner and Richard Attenborough for good measure. Though the film is long, trust me, you won't be looking at your watch. If you love war movies, this is top-notch, star-studded entertainment. And check out Steve on that motorcycle!