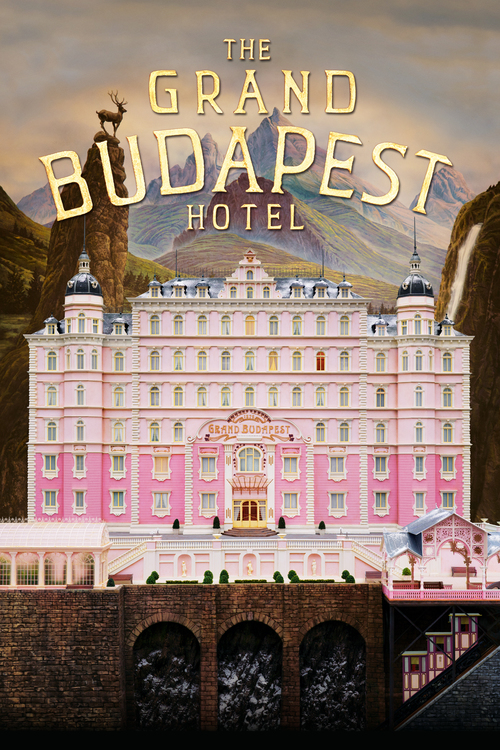 In the fictional European Republic of Zubrowka in the 1930s, M. Gustave (Fiennes) is the amorous, fastidious concierge at a secluded resort hotel. Upon the death of the affluent dowager Madame D. (Swinton), a much beloved guest, he is bequeathed a valuable painting. Her resentful son Dmitri (Brody) suspects Gustave of her death, and Gustave ends up in prison, where he plots an escape with the aid of hardened criminal Ludwig (Keitel). Meanwhile, young lobby boy Zero (Revolori) is left in charge of the hotel, but only has eyes for the local baker’s daughter, Agatha (Ronan). Will Gustave get his freedom, and his painting?

Director Wes Anderson has always fashioned his own off-kilter world in his films, but none have been so vivid, fresh and fun as the one M. Gustave inhabits. At the heart of this brilliant comedy/fantasy is the inspired performance of Fiennes, who creates a delightful protagonist full of panache and brio. Anderson loves a good cinematic reference, and this one is jam-packed. With nods to other movies such as the prison escape film “Le Trou” (1960), “Grand Hotel” (1932), even 60s-era Bond films, Anderson packs his frame with visual treats and knowing winks. His work exists in a realm of cinematic artifice, and like M. Gustave himself, bubbles over with old-fashioned charm and nostalgia. Make your “Hotel” reservations forthwith!