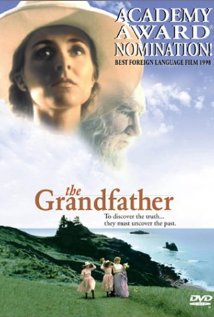 Two young sisters, Nelly (Rozas) and Dolly (Cruz) are being raised by servants in the Spanish countryside, while their mother Lucrecia (Cuervo) resides in Madrid. Their bucolic life is turned upside down by the arrival of both Lucrecia and their grandfather, Rodrigo, Count Albrit (Fernán Gómez), returning after the death of his son, their father. Relations between the Count and his daughter-in-law are strained, and we soon learn why: Rodrigo knows one of the girls was fathered by another man. When he demands to be told which girl is his true heir, the girls' mother refuses. As Albrit stays to investigate, his growing affection for both girls makes him wonder if his quest for the truth is justified after all.

With its universal themes of family, tradition, love and honor explored at a pace as leisurely as the Spanish countryside it showcases, this contemplative Academy Award-nominated film draws us in and moves us without ever resorting to melodrama. Fernan-Gomez won the Spanish equivalent of the Oscar for his poignant turn as a once-proud man now wanting a measure of resolution in the face of mortality, and the beautiful Cuervo is every bit his match in her subtly shaded portrayal of a mother who will do anything to protect both her children. That these two central characters are each painted in shades of gray — never black and white — accounts for this wise, touching film's ultimate impact.

The Grapes of Wrath